I've been humming and haahing over this bear - Bingley.  He must be one of my oldest bears now.  He's quite softly stuffed, with easy-to-move joints and he has a growler in his tummy which sounds a bit like a cow mooing.  And he has funny hands (for funny read: weird).  I think I must have made him in an attempt to cater for customers who like very traditional bears, but possibly - with that double-neck joint - he's not quite traditional enough.

Naturally, for a bear no one wants, he is made out of the most expensive material!  :-)

I have given him a new nose (see fourth photo), since the only time I've ever had feedback on him, the lady said she didn't like the embroidered nose.  Hopefully, he will find a home at the Clare Priory craft fair on the 12th/13th July.  I shall have to try and think of something for him to wear - perhaps a t-shirt or bib with 'BigFeetBears' embroidered on.  He's so big he would make a good billboard. 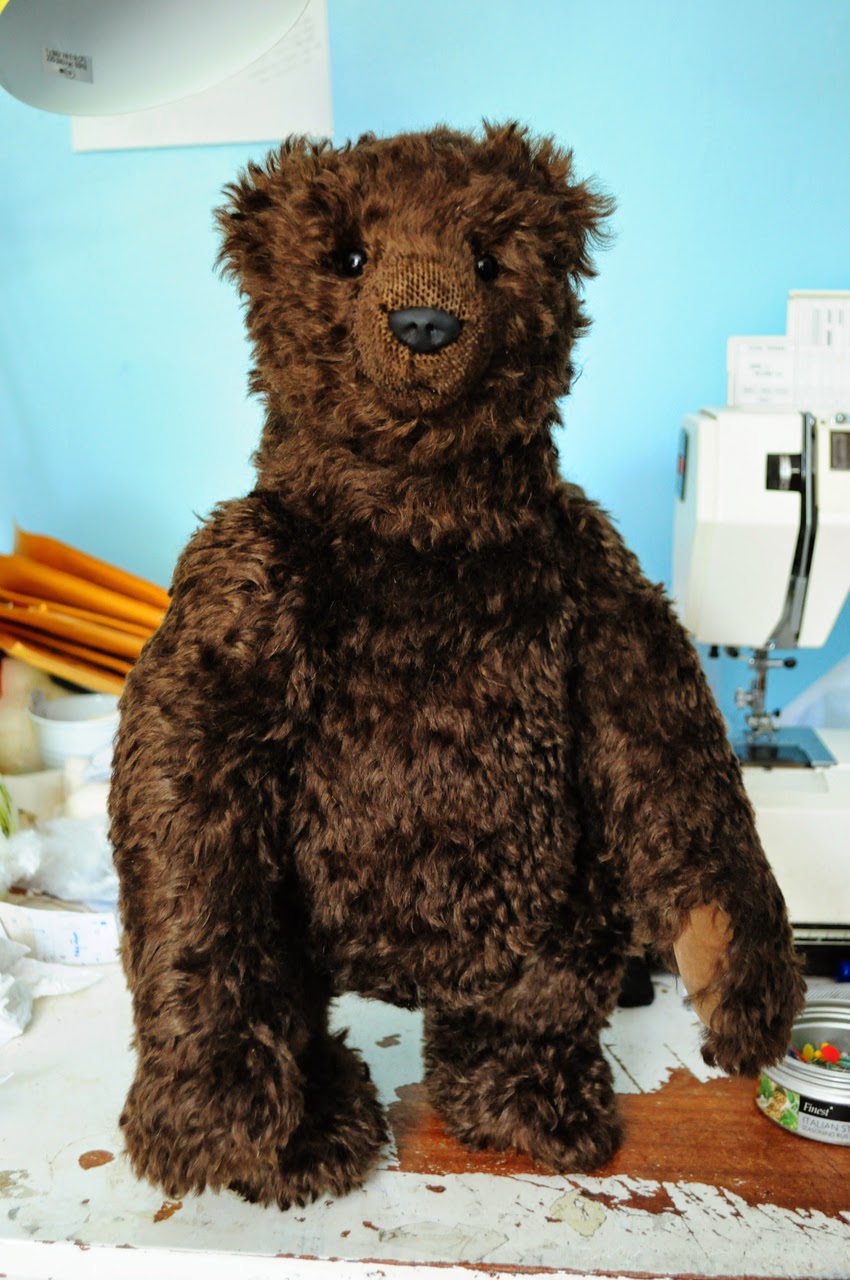 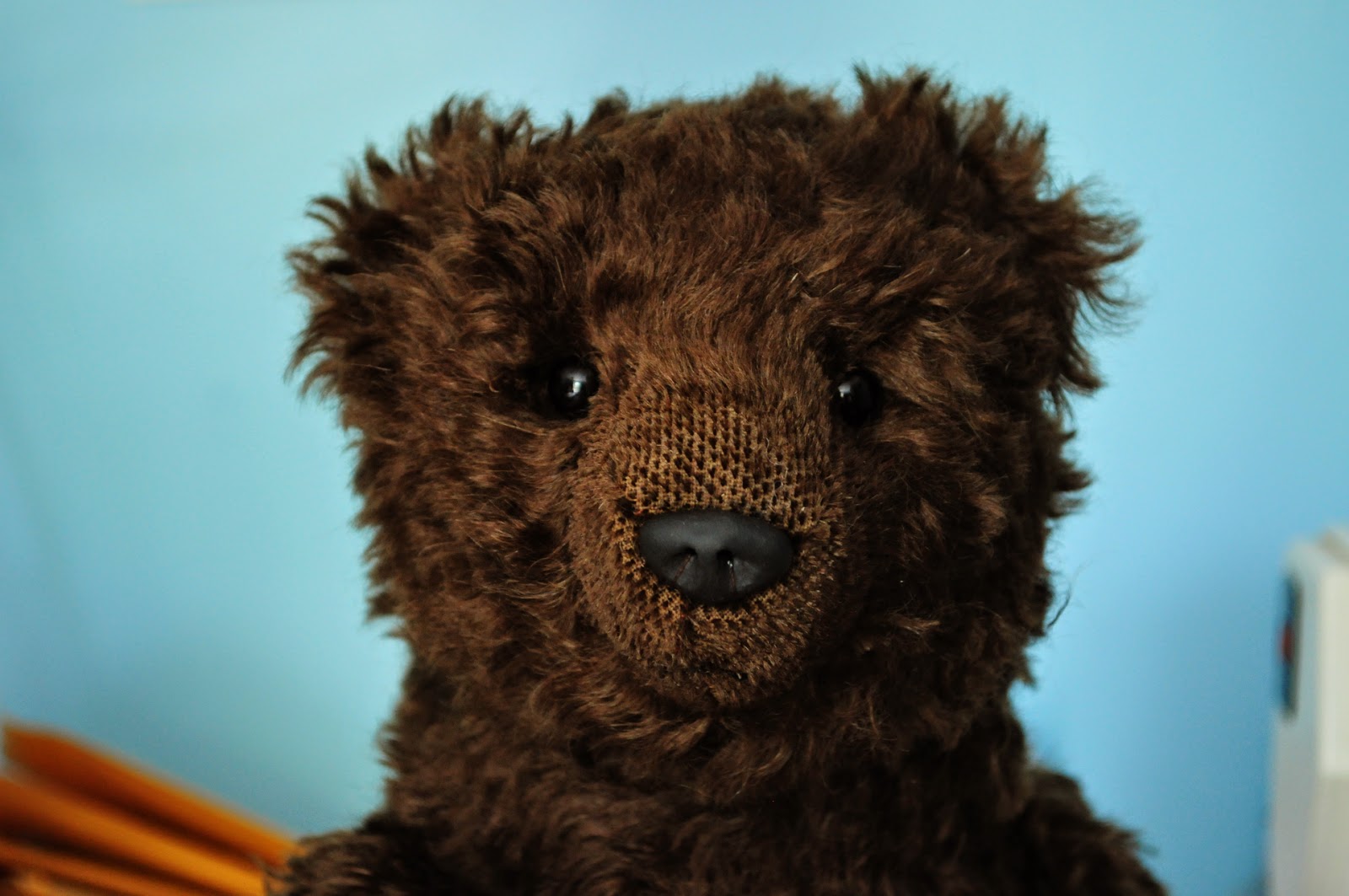 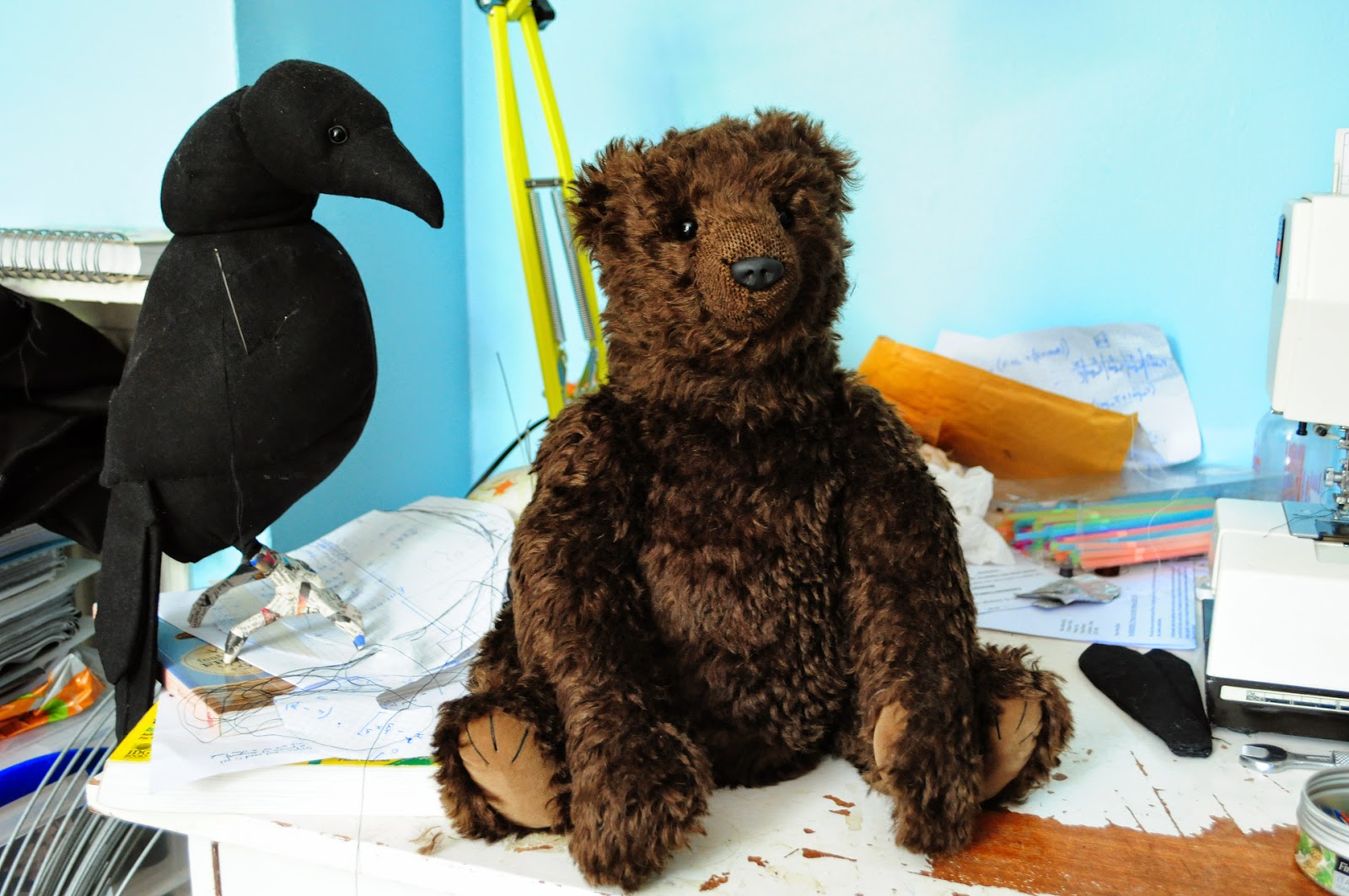 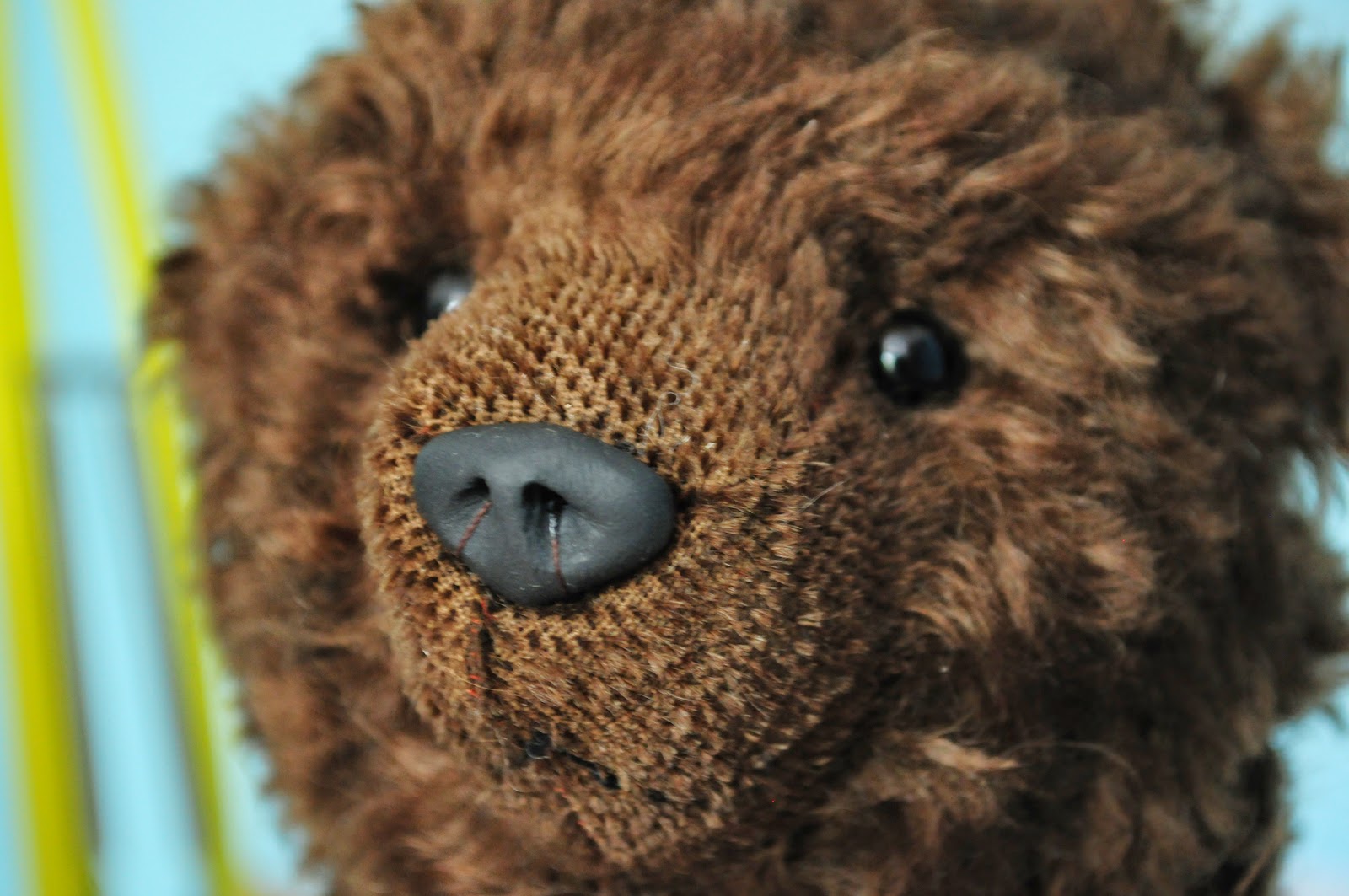 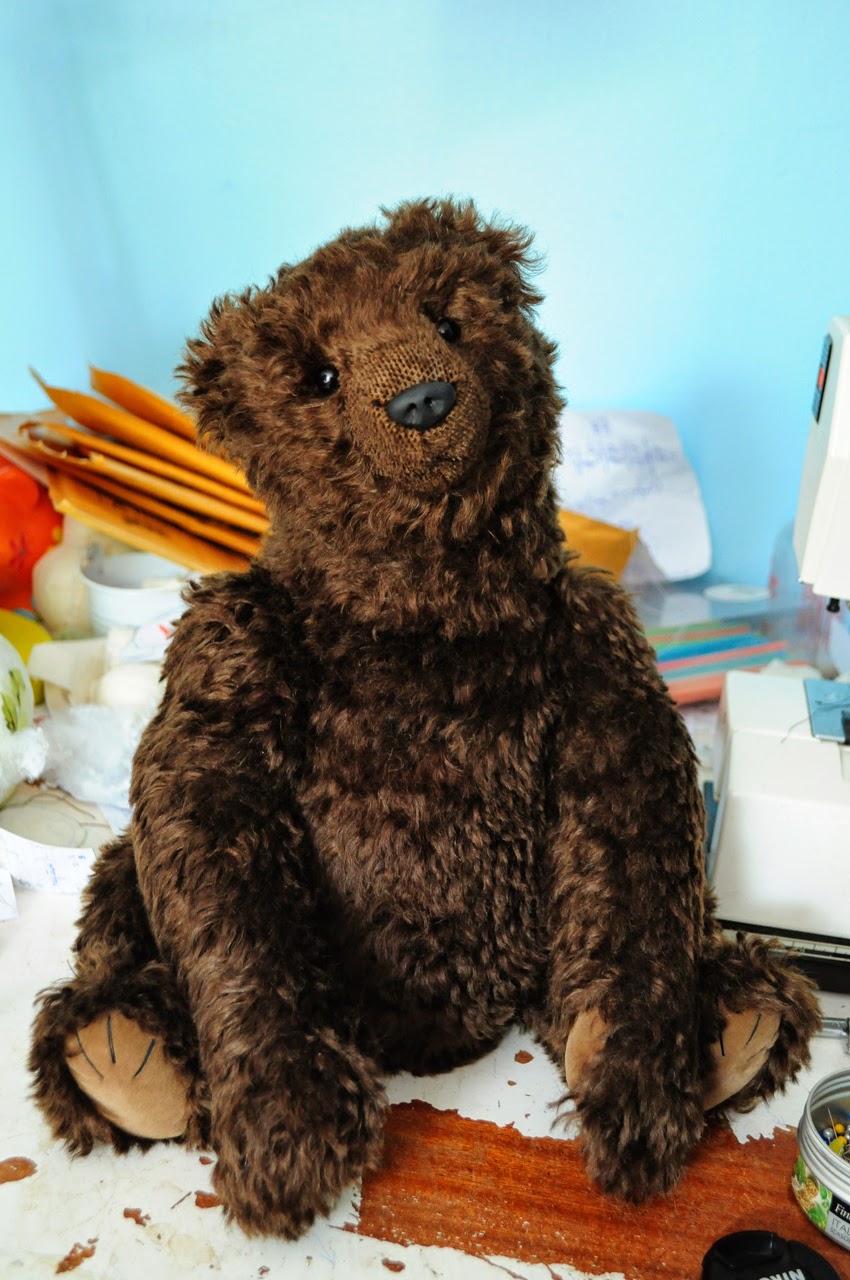 (P.S. These must be the best lit photos I've ever managed to get of Bingley, and naturally they've got all my crap piled up in the background!  Many apologies for that.)

I think a vest top with 'Just Chillin' on it would suit him. That certainly looks nice quality mohair.