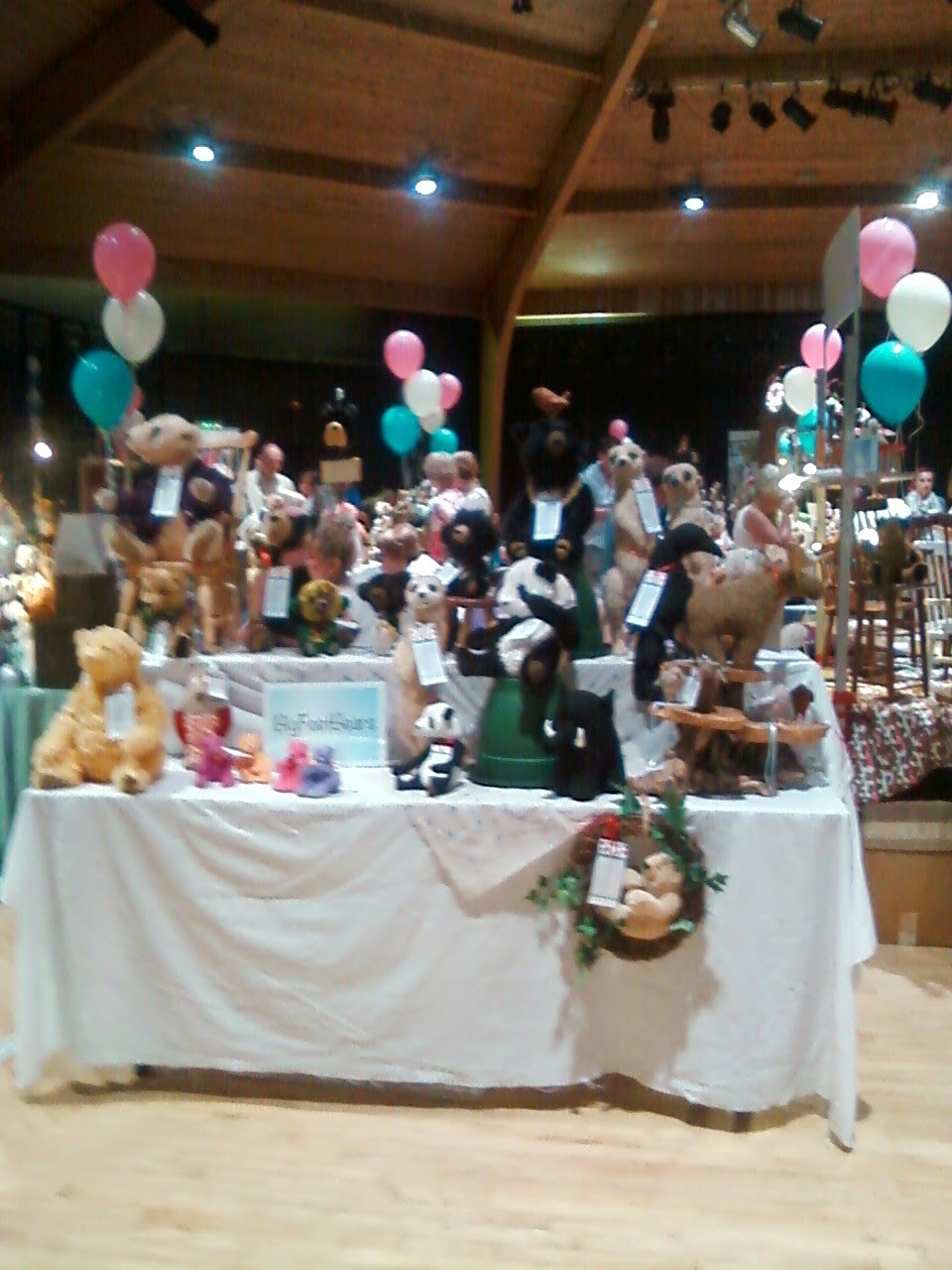 Terrible, terrible picture - sorry - but it's the only one I took on my not-very-smart phone.

Before we went to this fair, I was trying to write a blog post about how best to set up a stall display.  Reading it back now, it sounds unnecessarily complicated.

I'm sure the display is important.  Certainly I've yet to figure out how it works.

My mother and I argue about it every time.  She wants to put as many bears on the table as possible; I think people don't look so much at individual bears when they're faced with a crowded table.  She thinks that having display 'props' - like big hat boxes for the bears to sit - distracts from the bears themselves; I think ostentatious props can make people come over and have a look.

What you really need to do - never mind the display - is to move things around (or just pick them up) fairly frequently and obviously.  I think when people saw me picking things up, they were happier to do so themselves.  (Maybe they assumed I was another customer.)  And if you see someone looking at something particular, pick it up and offer it to them.

And whilst I really wish I could be more like the bloke next to us, who was selling wonderful teddy bear chairs (which I can recommend) - drawing people in and making them laugh - I found that even just giving people more information helped to pique their interest.

Okay, so I probably bored a few people silly.  "Yes, he's heavy because when I made the papier mache horns, he needed something to counter-balance the weight, so he's got lots of steel shot in his bottom."  That customer left quite quickly.

But people seemed genuinely delighted when we showed them that the meerkats had double-neck joints.  And the lady who bought Stefan the mammoth may have been swayed by the face that he was made from a piece of antique German mohair, and that all his scars were original.  And Plummie sold after a conversation about how I had come up with the design to go in the middle of the wreath - to create a sort of 'hibernating' look.  Or maybe he sold in spite of that conversation!

But I think, genuinely - even if people are not interested in the construction process - if you can impart just a little of the effort and consideration that went into making something, that is a pull for people.  Certainly that would appeal to me as a customer.