Hello!  We did the Lancashire bear fair last weekend.  It was lovely, as always (and tiring as always) but we didn't sell as much as we'd hoped.  I think it is a fair that has developed a following, and they have lots of repeat customers, who come back every year to see their favourite bear-makers. If I lived up there, I wouldn't miss an event, but being so far away, we're only able to do it every so often, and so miss out on the regular trade.  We still want to go again though!

Things are slowly coming together for Snape - although I am going to be terribly short of stock.  I don't seem to have managed the timings of my shows very well this year.  These two hedgehogs are called Timothy and Dennis... 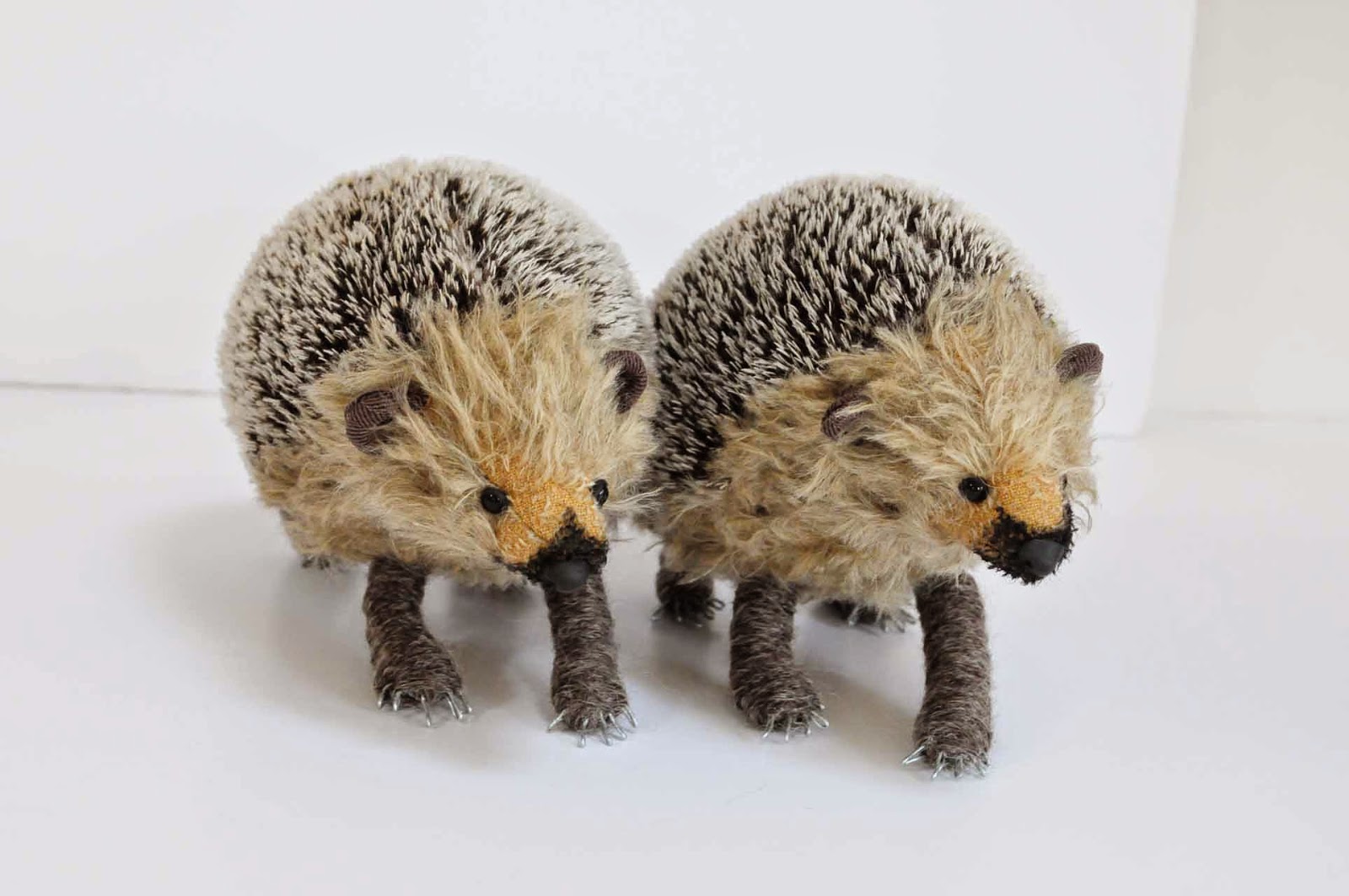 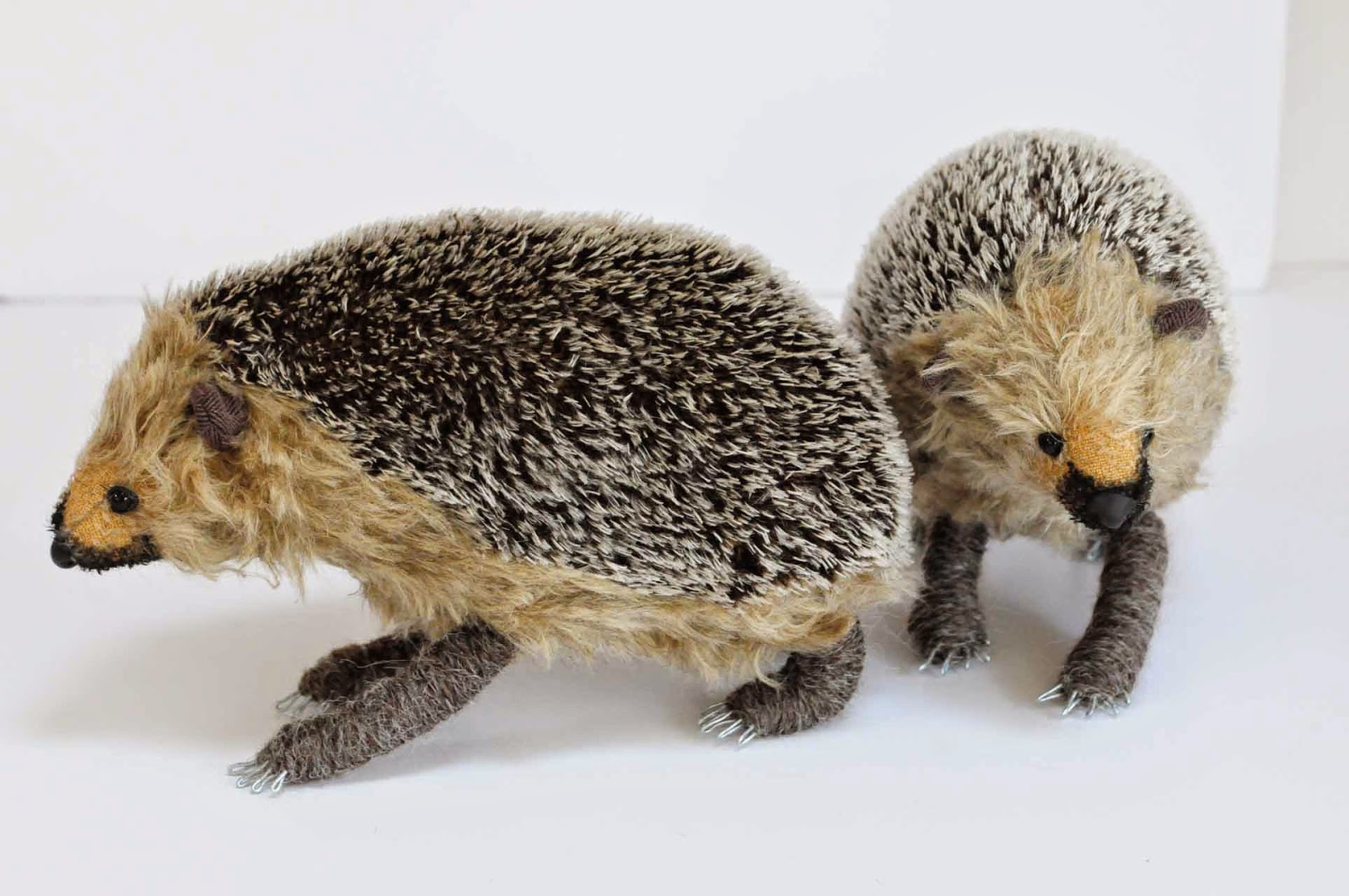 And I have two puffins nearly ready.  These two just need their paint sealing.  Their names are Algy and Watto.  They are about 10.5" tall, and have a joint in the neck to allow their heads to turn.  The feet are wire and paper mache; the beak contains a cardboard insert, anchored with stuffing and stitches.  The eyes are glass, the colour is acrylic paint.

I'm not sure the fabric is quite right.  It is viscose, and - as I'm discovering - it starts off beautifully smooth and shiny (exactly like the coat of a seabird), and rapidly takes on a sort of rumpled look - which would be very attractive for a vintage-style bear, but isn't very puffin-like.

Anyway, hopefully they will go down well at Snape. 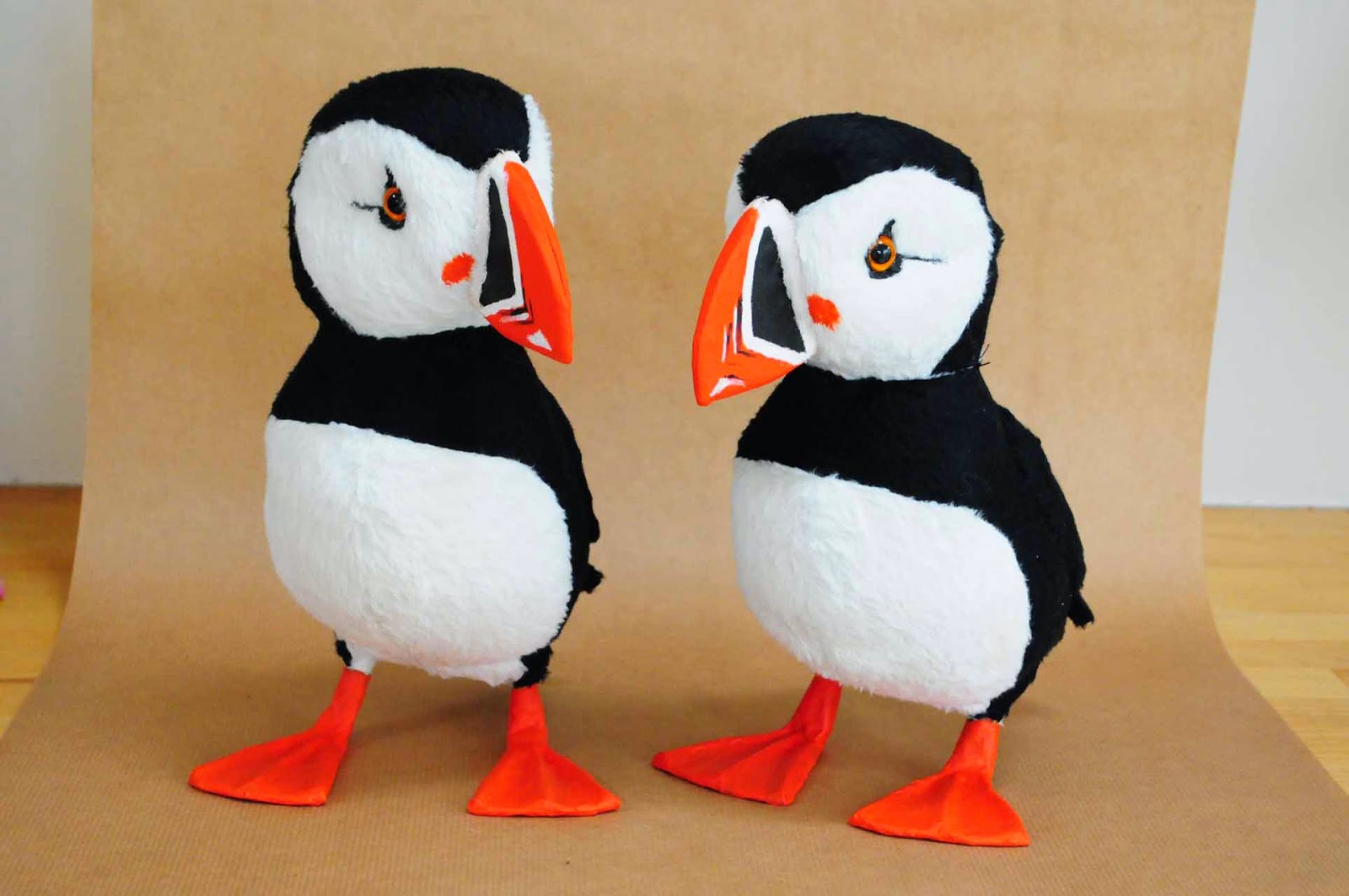 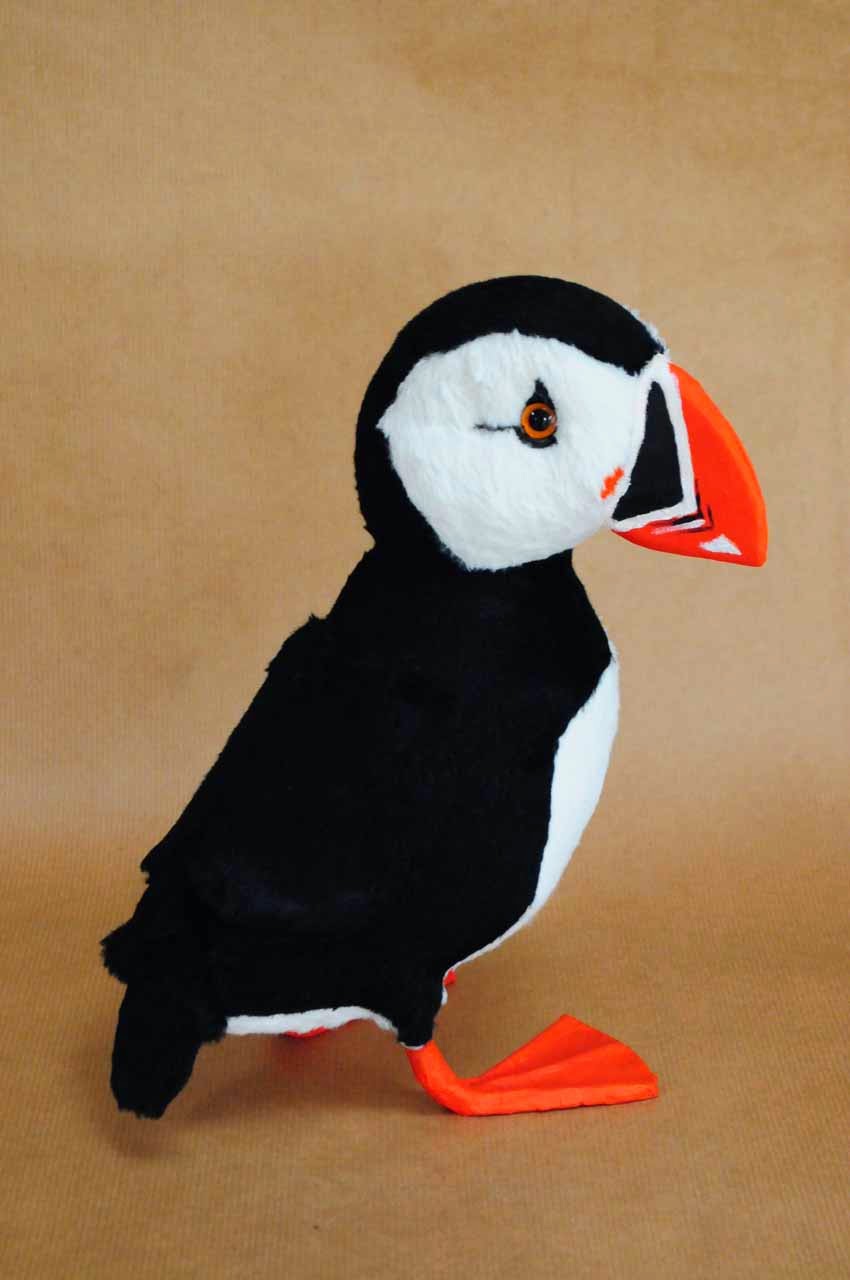 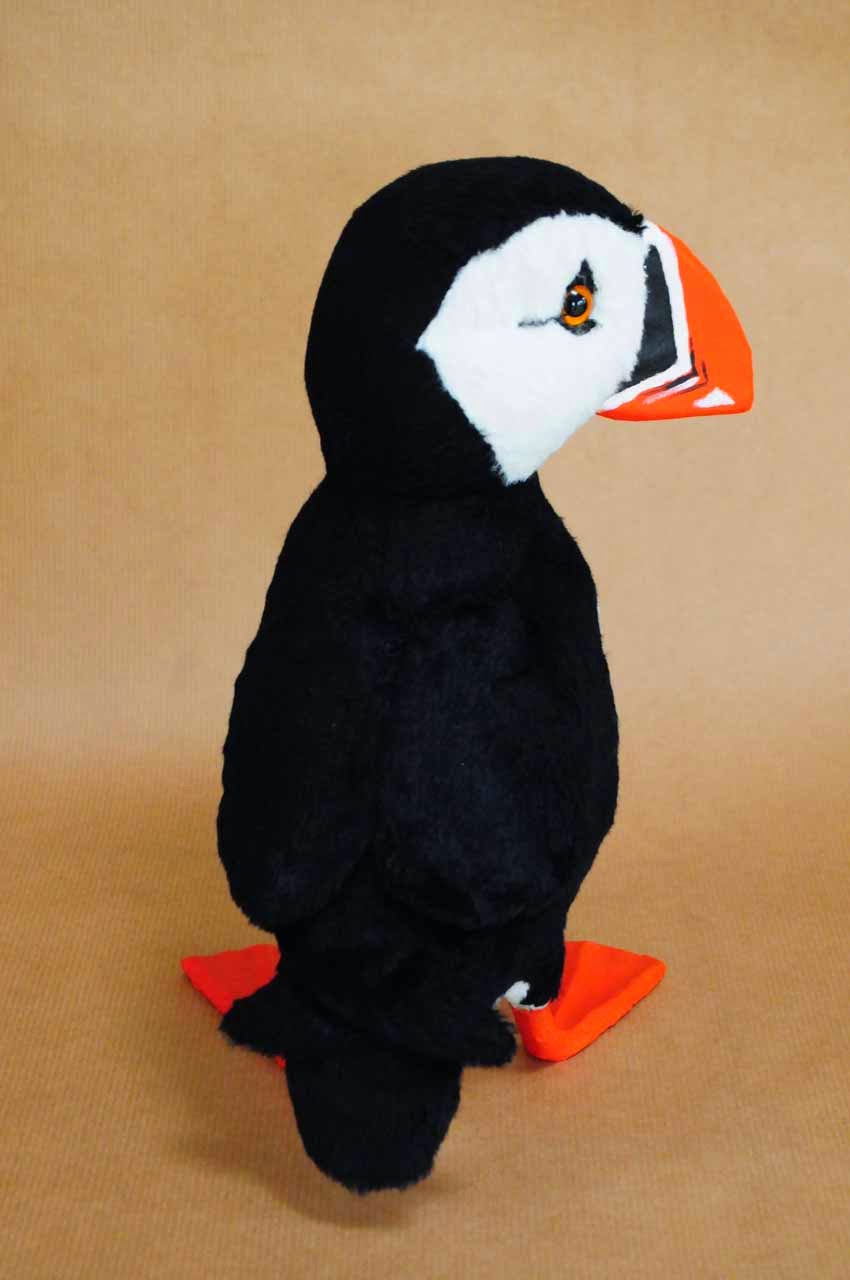 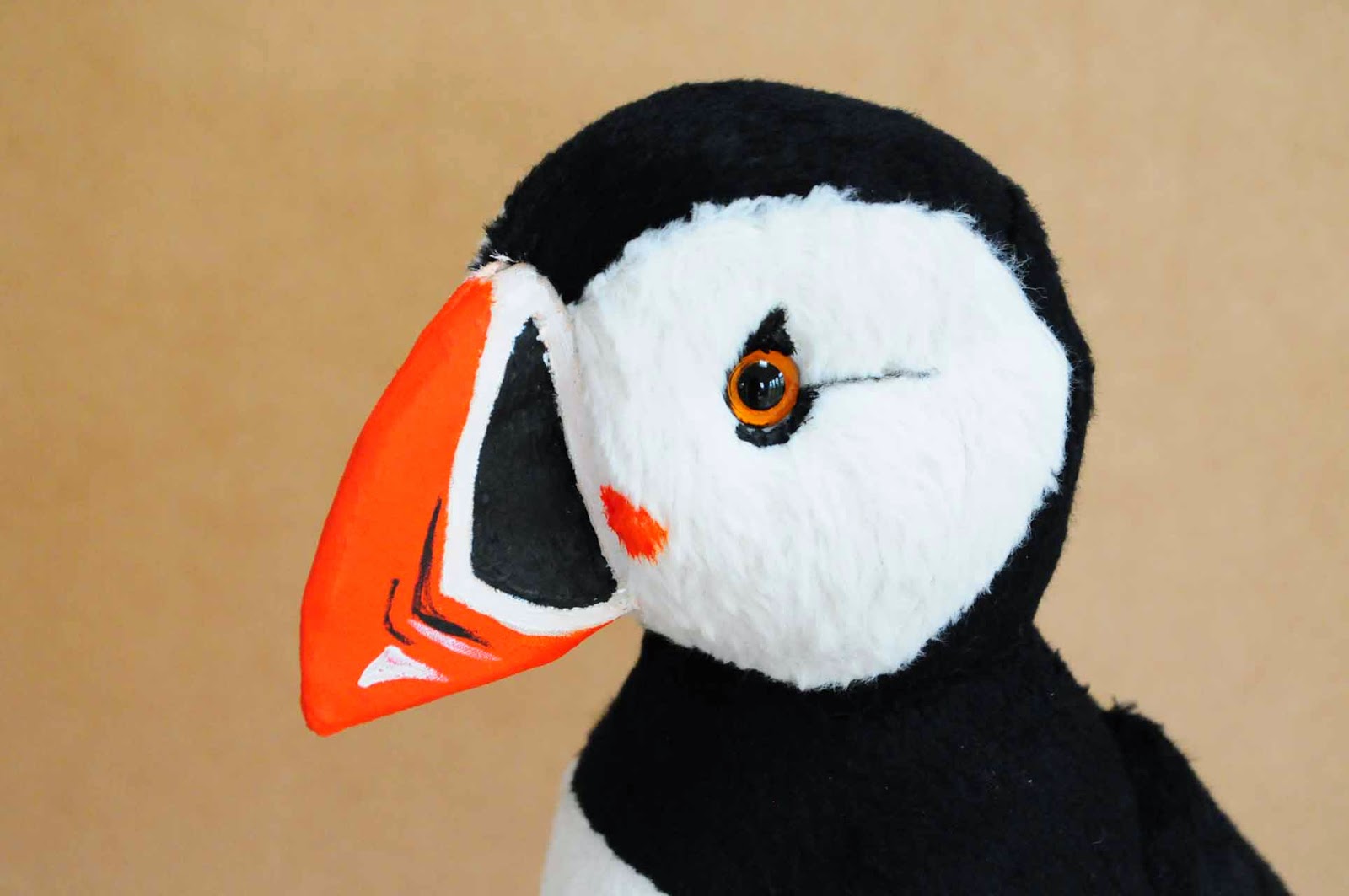 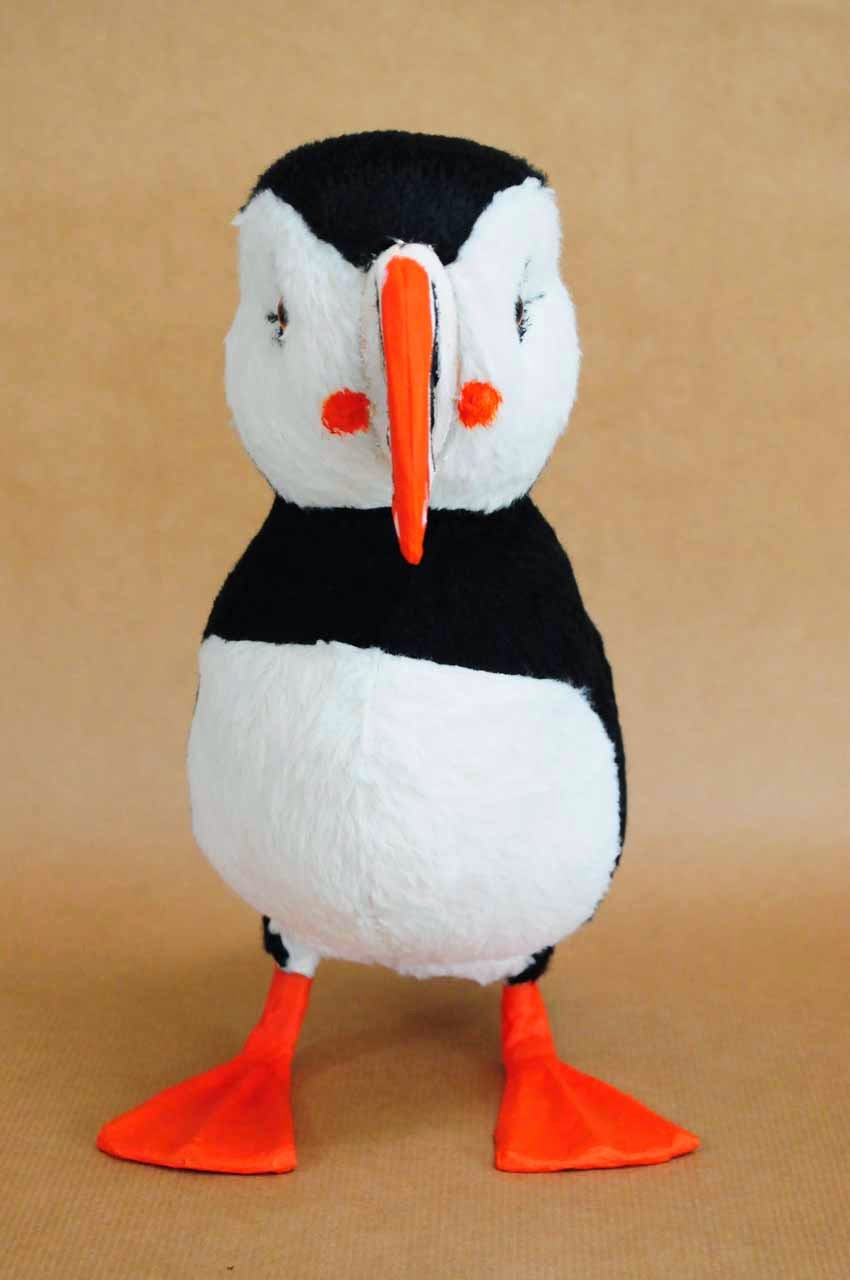 Today I finally managed to get two enormous A1 posters printed for our new A-board.  We also have a new card carousel, and the new BigFeetBears greetings cards are due to arrive tomorrow. Talking of enormous things, I was hoping to make a big panda for Snape - just as a display.  However, I can only buy joints up to 88mm, which is the neck size of my standard panda.  So I asked someone from the Art & Craft Centre to make me a bigger neck joint, and she made me one that measures 250mm in diameter.  I spent several hours upsizing the pattern - each piece had to be cut into smaller pieces, upsized, then stuck together again.  And look - it's legs are going to be longer than mine!  I think it's going to be practically life-size! 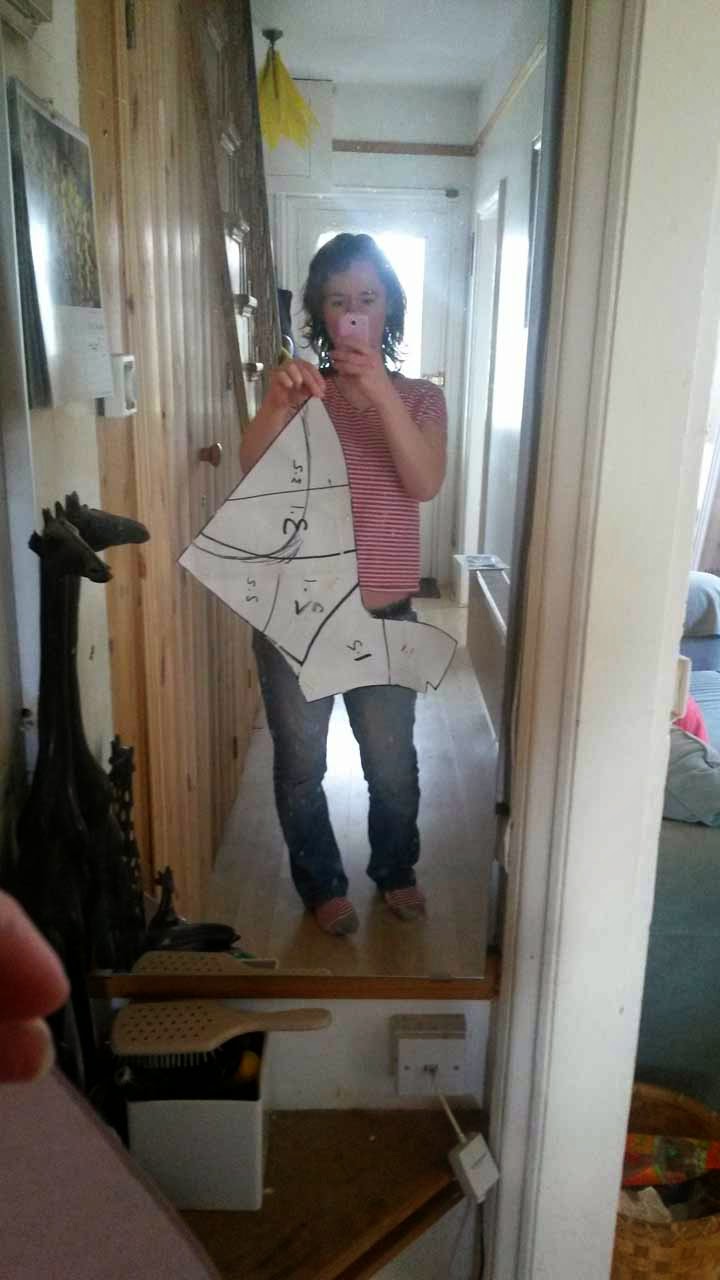 I did start to lose the will to live in the middle of my mammoth upsizing session, and wonder whether I ought to give it up - but having already spent an hour on it, I was reluctant to admit defeat.  And now, having created the pattern, it seems a shame not to have a go at making it!  Not in mohair - that would cost a fortune.  Instead I have bought some cheap faux fur.

It's possible it won't work - some patterns just aren't very adaptable - but I might as well give it a go now.  If I never mention this again, you'll know it all went terribly wrong!
Posted by Ruth at 16:04