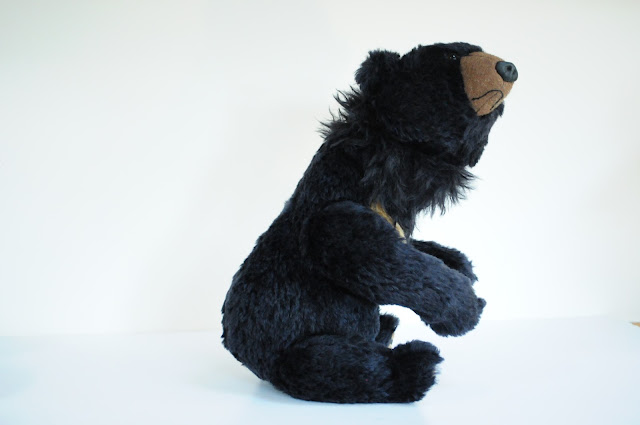 You know, when I was writing posts about running a business recently, I was actually worried that I was going overboard and not focusing enough on the bears themselves.  Lately, it seems that I can't stop talking about them!

This is Vincenzo, a realistic moon bear.  I made him a while ago, and for some reason, took no photographs, and made not a squeak about him online - neither here, nor on Facebook, nor Etsy.  What the big secret was, I don't know.

Possibly I had some qualms about him.  Vincenzo is the second of two of these bears I have made.  The first one was called Arthur, and he found a home last year.  I did actually make several substantial changes to Vincenzo's design, but you'd never know - they are two peas in a pod!  There is lots to love about them - their feet, the shape of the arms, their serious eyes, the long shaggy fur on the back of their heads.  They have a lovely neat way of sitting too - which sounds weird, but is totally true.

I wonder if it might be their long necks I wasn't sure of.  Real bears do seem to me to have long necks (polar bears particularly) - or at least, they seem often to be photographed stretching out for things - but it always looks strange in teddy bear form.

When I was taking photos of Vincenzo this morning however, I was really taken by the image above - and some of those below, where he is looking upwards.

I follow Animals Asia on Facebook, and they post lots of gorgeous pictures of rescued bears in their sanctuary in Vietnam - all looking fat, happy and chilled-out.  They can be quite... ambitious in their athleticism too, but because they're such bulky bears, it often looks quite comical to me.  This is what Vincenzo reminded of this morning - a well-padded bear with a very active mind, stetching to sniff the air and investigate his surroundings.

I am a convert to my own bear!  You can now find Vincenzo in my Etsy shop. 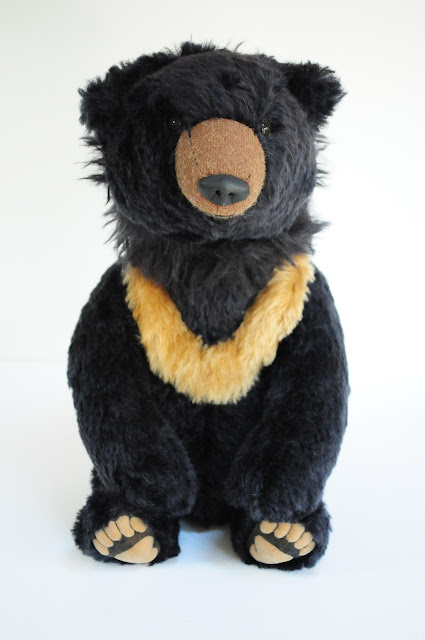 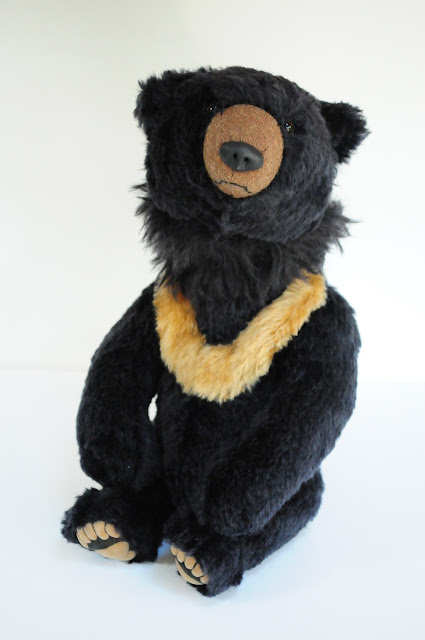 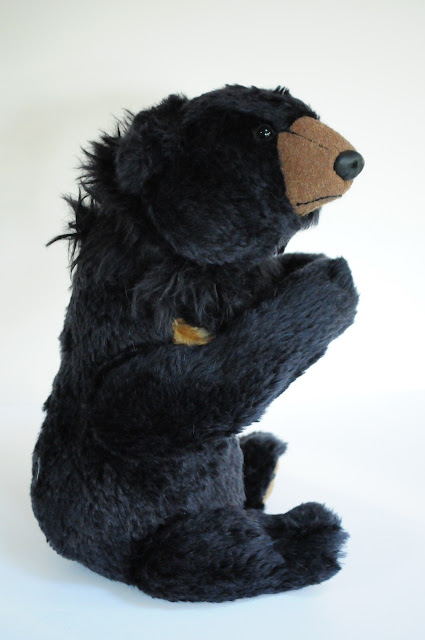 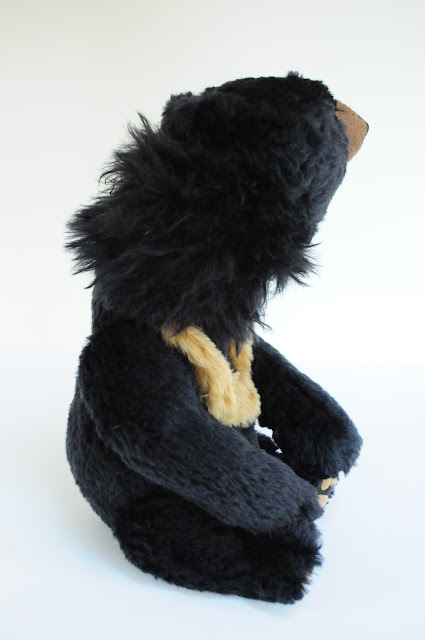 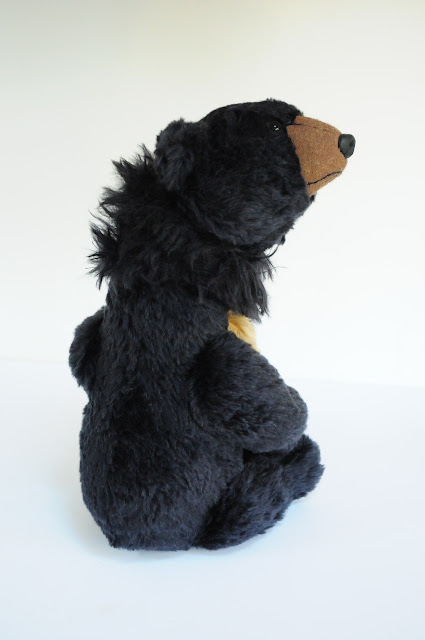 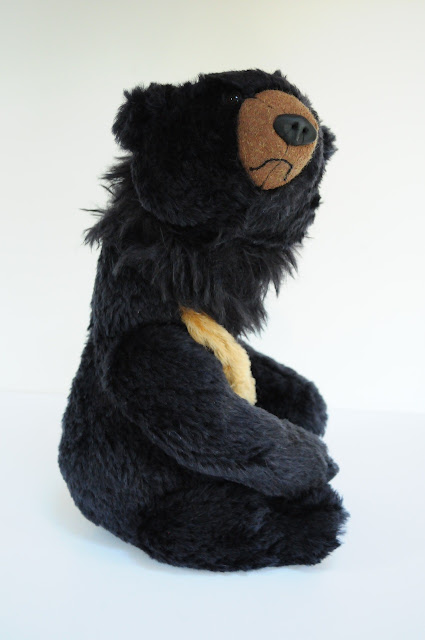 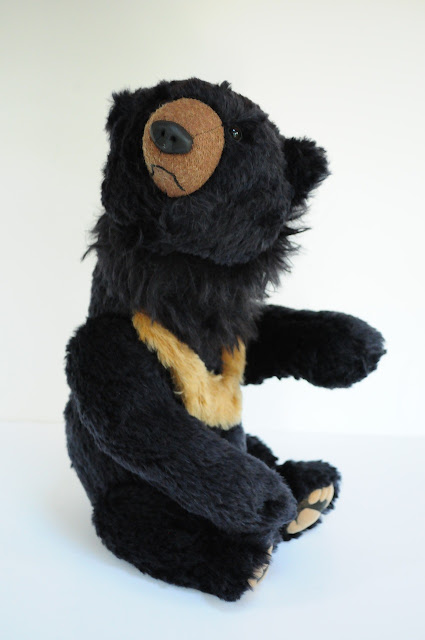 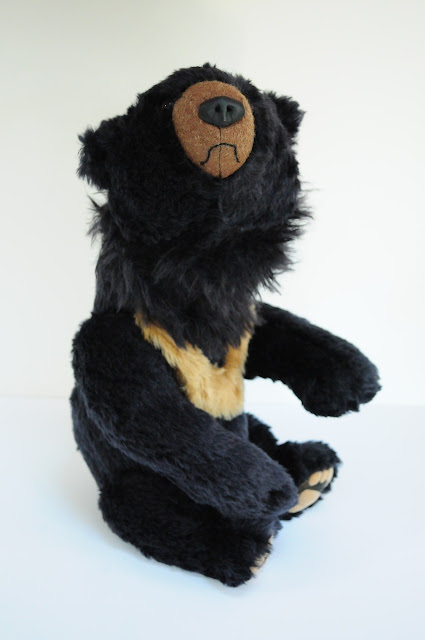 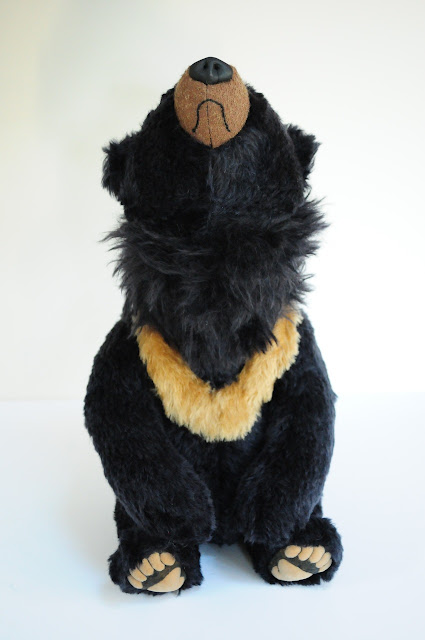 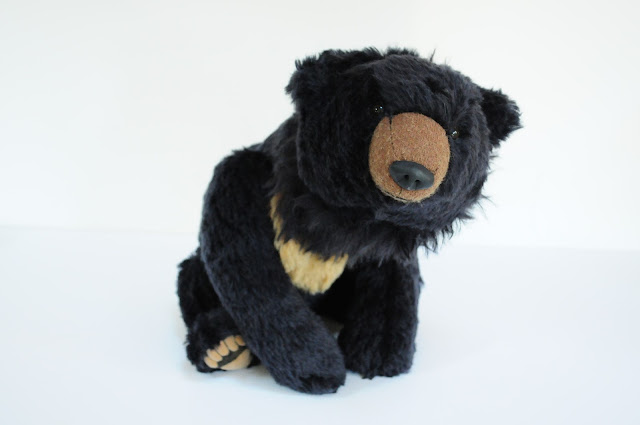 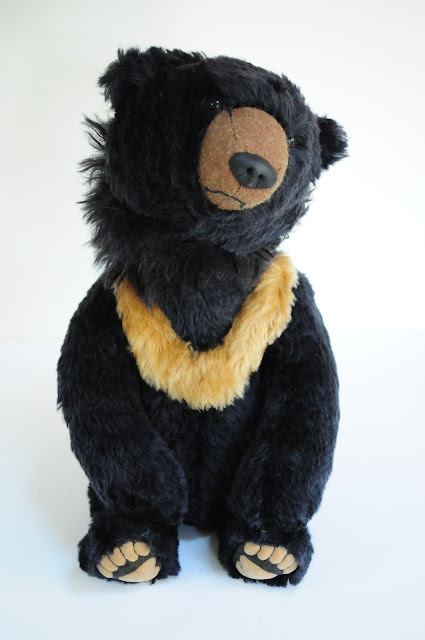