Hello - welcome to my blog!  I am writing this post in conjunction with a sewing pattern for a little 9" teddy bear which I hope to release soon.  Here I offer 6 tips to help people who are new to bear-making, and show a few of the fantastic bears made by my pattern testers.  I hope you find it helpful - good luck!

When I had written up the pattern for my teddy bear, I had to find some people willing to test it for me.  The whole process was more complicated than I thought it would be, but I have had some fantastic results back.  However, a couple of the people I asked - really good sewers - didn't finish.  They assured me there was nothing wrong with the pattern, so I can only assume that some motivation was lost along the way.

I have been thinking about the problems that I had when I started out - motivationally and otherwise - and came up with a list of things that I think would have helped me at the time.  I hope they will be helpful to people who have a go at making my bear.

So, let me introduce the bears which were made by my lovely pattern testers!  These were all people with no experience of bear-making (although Katherine's doll-making skills would have come in handy, I'm sure).  I was really pleased with them and I hope the testers were too.
This first one was made by Andy and Heather of Avocet Arts - friends from the art and craft centre, where I have the bears.  Provisionally named Murf, he is made in the Ipswich FC colours, interfaced fleece with a scrap of mohair for the muzzle.  He has a slight tilt to him, and a minor bagginess about the chops - none of which matters, since he's so sweet! 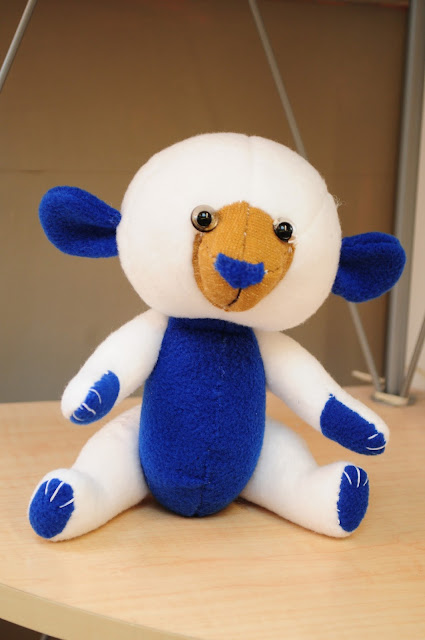 Next in was this little pink patchwork bear, made by Lynne, my aunt - maker of beautiful knitted lace shawls!  This bear is made from mohair remnants, and the two shades to her face are very distinctive.  Her loose limbs and heavy head gave her a very appealing fragile, antiquey feel. 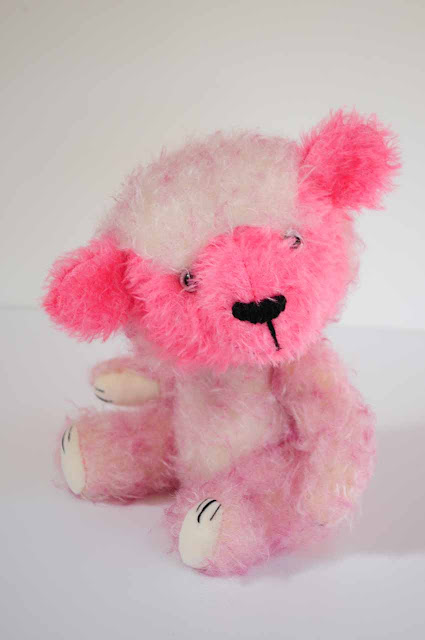 And finally, this one, made by S Katherine Sanders, a doll-maker I met on Facebook, who very kindly agreed to test the pattern at the last minute.  I sent her some of the mohair I usually use.  Her bear has very interestingly little frown lines!  I didn't get to see this one 'in the fur' unfortunately - too far away - but I would imagine that the lines are something to do with the stuffing of the head (although Katherine hinted that she did go off-script at one point, at least).  Anyway, I think they add character and individuality. 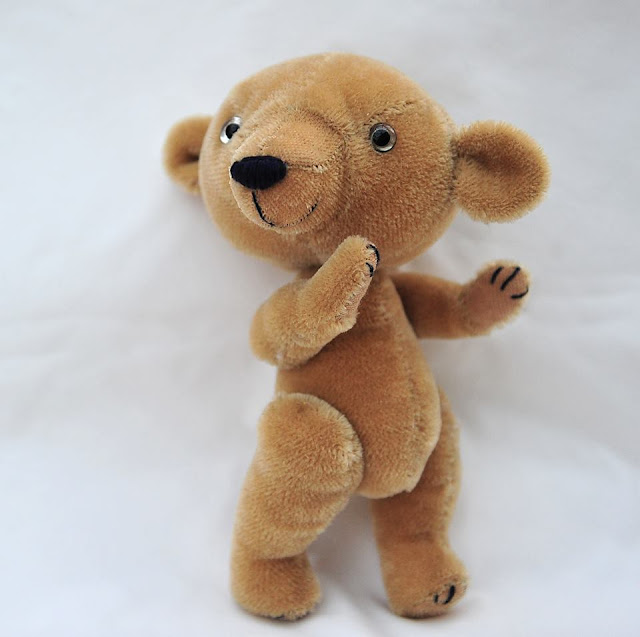 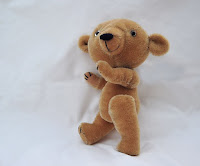 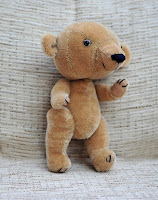