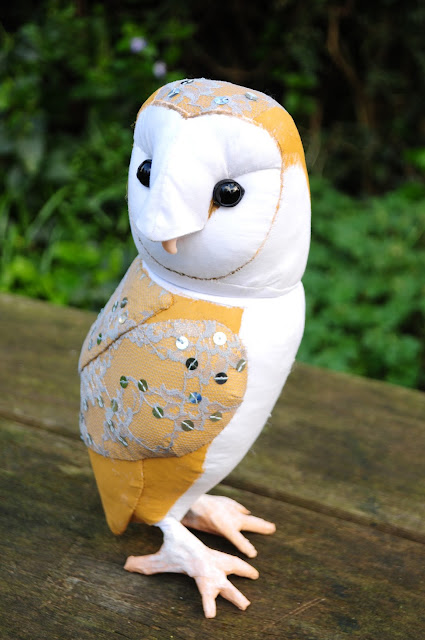 Here he is - Stanley the barn owl!  He looks very much like the prototype, but he's not the same one - honest!  Originally, I was hoping to find some interesting fabric for the the final version.  I spent £40 on various different things - lots of interesting hessians and stuff like that.  When I started trying to make the owl with them though, it was immediately obvious they weren't going to work.  Not only were they too un-stretchy and prone to fraying, but the hessian was more beige than mustard: it looked dull and didn't go with the grey lace at all.

I was a bit fed up at that point.  I did consider other things: some kind of smooth, short pile fur fabric would have been nice - but I've had my fill of using expensive fabrics and having to price really high, so in the end I decided to go with what I know works - i.e. the cotton that I made the prototype out of.

If I have time before the competition, I might try a version in the Schulte viscose - which is a really thin fabric with a fine pile to it.  I'm not sure it would work to paint that, but it would certainly add more texture to his face, which I think he needs.

I'm really pleased with his feet!  Originally I just painted them pale pink, and they looked like a pair of plastic feet I'd propped him up on - you know, like the potato-head toys, where you get a plastic potato and then all these accessories to decorate them with.  Then I tried sponging some white paint over the top, and it worked really well.

Anyway, I just about got him done in the time allotted (he still needs another layer of varnish on his feet, but that takes five minutes).  I'm now working on a Falkor luck dragon for the Hugglets show.  Hopefully, he will be finished this week! 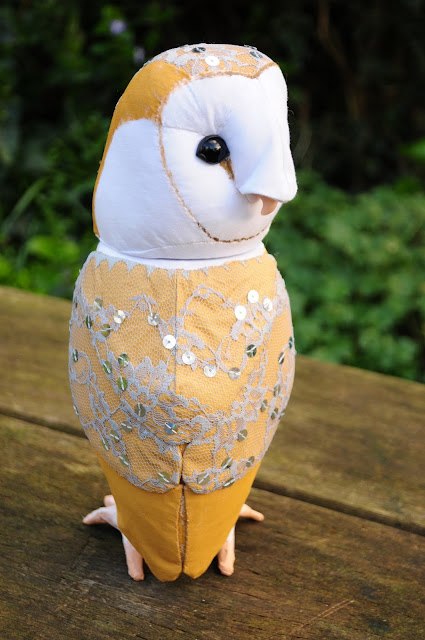 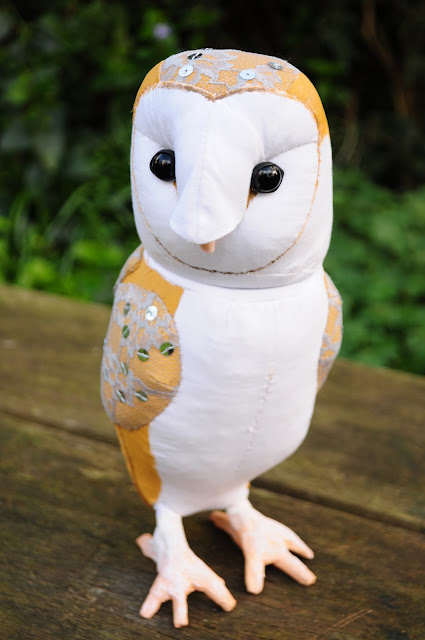 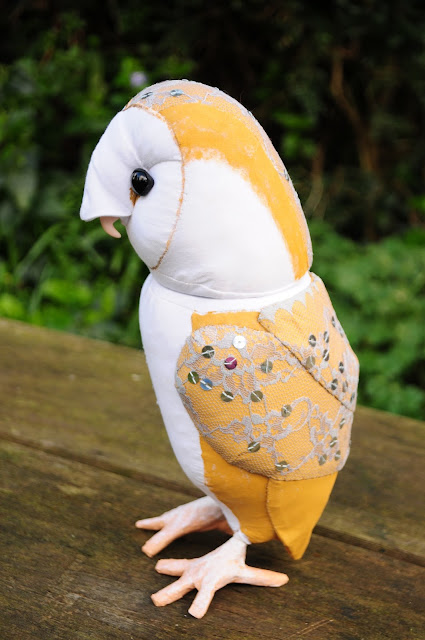