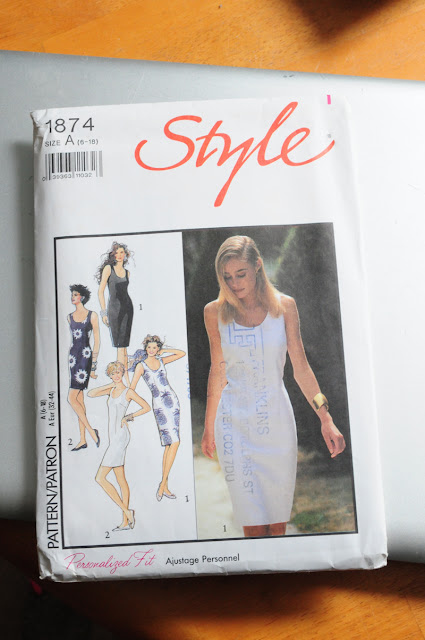 I went back to work on 4th July, and the last things I wanted to finish before that were Wolf Hall (see previous post) and this dress (tick, tick)!  I had bought some lovely yellow cotton, and was looking for something to use it for (which probably isn't the right way round to do it), and found this pattern.  It's not a style I'd usually wear, but its plain enough - so why not?  One of the nice things about sewing clothes is that I've tried styles I never would have worn otherwise.  It hasn't always worked out, but sometimes; I'm definitely a peplum convert now. 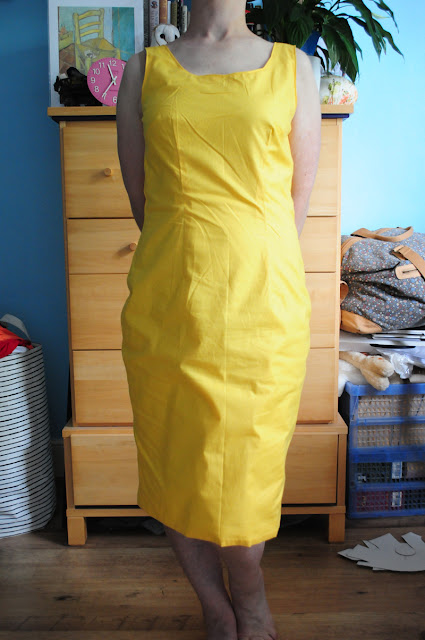 If I'm ever invited to a fancy dress party and I'm stuck for ideas, I'll wear this and go as a banana!  I think it's a gorgeous colour.  On the bright side, but gorgeous all the same.  I lined the dress in a cream shirting material (see last pic), and I'd happily wear it inside out.

I did have to make some changes; it came out a little weird the first time round.  I chose a size 16 - since that was the size that corresponded to my measurements - but it was massive in the bodice; I had to take over an inch out of each side (front and back - so four inches in total).  There was something strange going on with the bodice darts too: there were side darts, and two darts going up the centre of the dress - like princess seams.  The darts came together in points(?) and far away from where they should have been!  All very confusing.  So I moved them in a bit - the darts, that is.  It sounds like I should have used the smaller size, except that the waist and hips were about right.

I also wanted the dress a bit longer than suggested, and I ended up leaving a split in the back because of the added length.  This is the first garment I've made with a lining, and it makes so much difference; I'll definitely try it again. 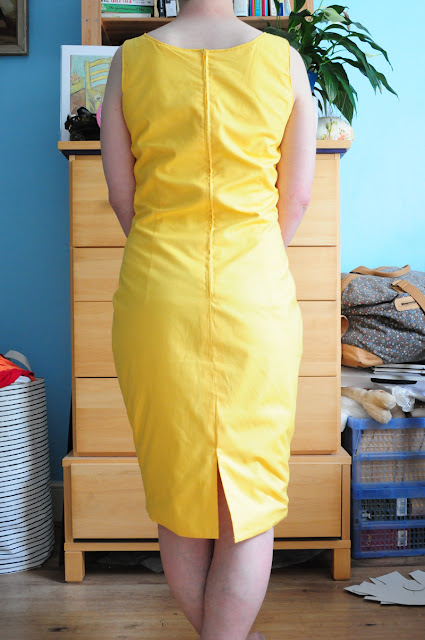 It was a really, really simple pattern - literally just a front piece and a back piece - and very easy to make.  The pattern didn't suggest topstitching - just sew in the lining and iron - but I did the topstitching for a neater finish. 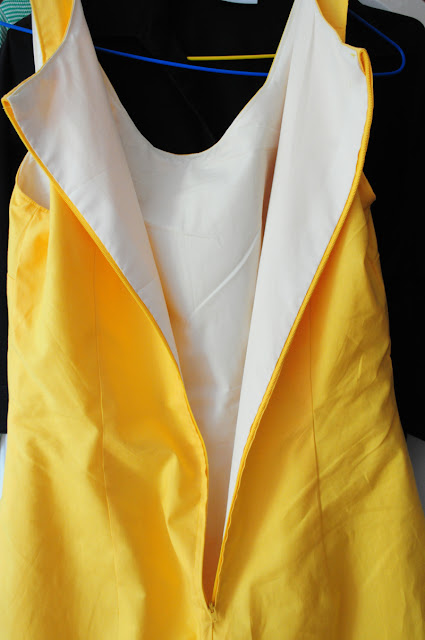