Saturday's show, at Great Dunmow, actually went reasonably well!  It was a nice event - there was a real villagey feel to it; everyone was very friendly.  And there was quite a flow of people going through.  I sold Pooky, my little moon bear, a robin, a little pink mammoth called Beryl, and one of my unjointed bears wearing high-waisted trousers, washing-up gloves and a shifty expression.

I've got two weeks until the next fair, which will be in Long Melford on Saturday 22nd November.

In the meantime I have a new creature in mind and I'm all in a rush - a) because I'd like to have at least one for the Long Melford show, and b) because I'd like to give one to a certain someone as a Christmas  gift.  I know there's plenty of time until then, but there are no limits on my ability to prevaricate and waste time, so I'm making an effort to get it done as soon as possible.  I've been looking for some bendier wire for it, and today - having discovered I was out of the right sized joints for the bear I'm making - I took myself off to Kent Blaxill to look for some wire.  It's a cracking place - you could lose loads of time browsing in there!  I came back with three different sizes of wire, and very chuffed about having been given a trade discount (although I think everyone got that).  I shall definitely be going back!

Anyway, here is mk 1 of my new design (ta-da!).  Any guesses as to what it might be?  I'll give you a clue - it doesn't look anything like the creature it's meant to be.  I am currently working on Mk 5, and it looks nothing like this! 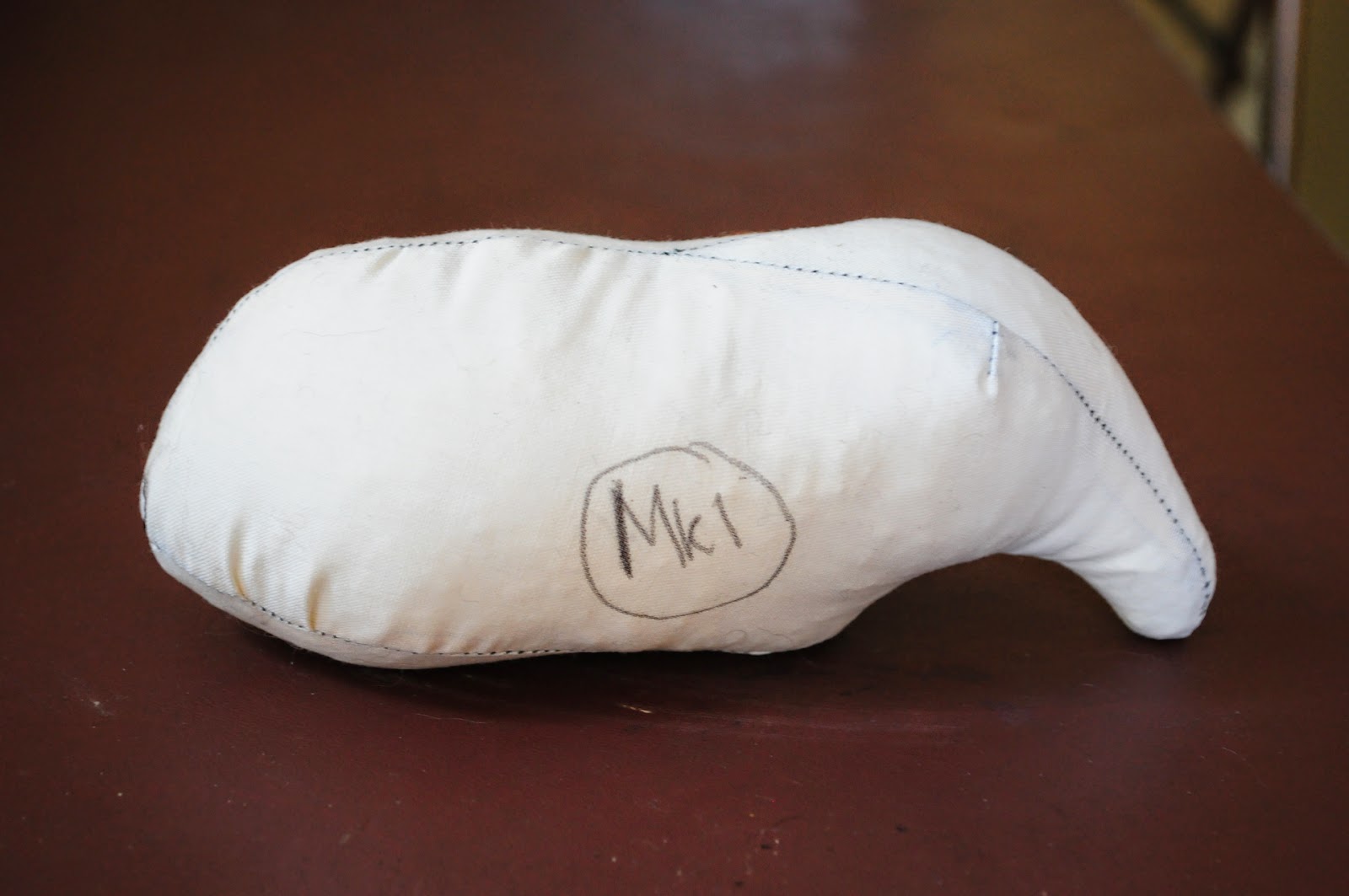