It has been a frustrating week. The promised plain cotton bear of my last post didn't work out as planned. There were several problems. First off, I was going to make him to this pattern. I should have realised though that without the thickness of the pile, I would need to make the pattern more chunky. I made the body and legs, but when I put them together to joint them, the poor thing looked positively malnourished, so I decided not to continue with him.

The second problem was with the joints. The joints I use involve two thin hardboard discs. With mohair, these are padded and protected - by both the pile and the relatively tough fabric - but with thin muslin, they had barely any padding at all. I could have knocked someone out cold with my teddy bear leg. I think I probably need to use plastic joints, and give the padding situation a bit more thought.

Thirdly, the muslin I used looked tatty. It's all very well going for a sort of rustic, hand-crafted look, but with muslin you can see your own seam allowances and the formation of the stuffing inside. I will try a different fabric - perhaps a heavier one.

Anyway, I have been doing other things this week. I drew a picture of a polar bear, which turned out quite sweet, and I have always meant to make an unjointed block bear (like these elephants) so I thought I'd try to make the bear I had drawn. 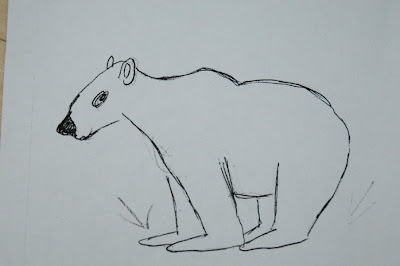 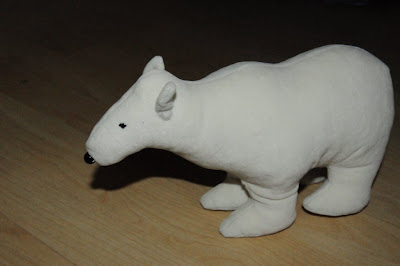 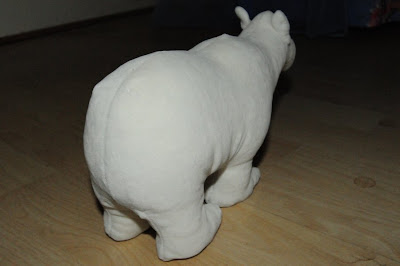 People keep telling me the nose is too long and the head is too pointy, and that he doesn't actually look like a polar bear. I have (rather tentatively) held my ground though. He's not supposed to look realistic - he is a cartoon polar bear! So there.

I am going to make his rear end a bit taller, because I think the silhouette is a little off, but otherwise I am happy with this.

I have also, been decorating gift boxes. Remember the gift box in this post (right at the bottom)? Here are some more. 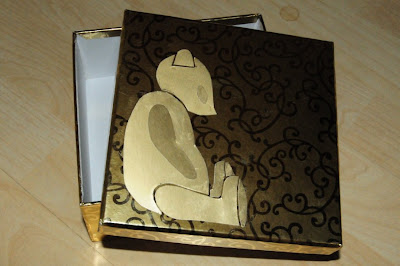 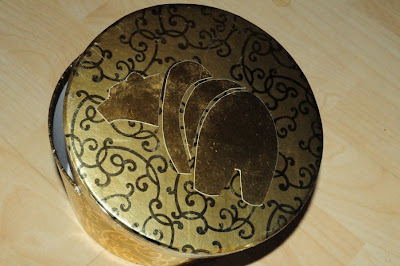 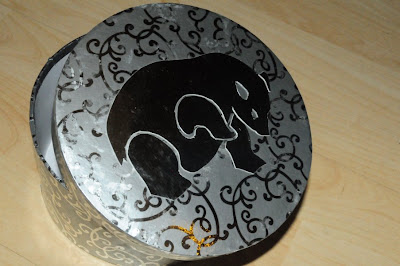 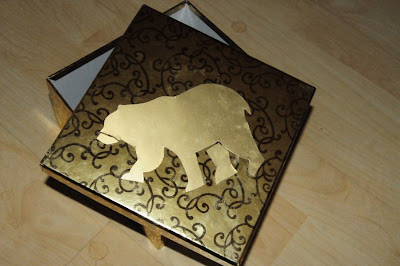 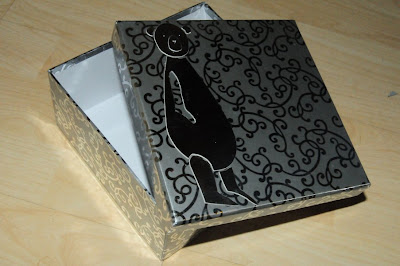 Unfortunately, I don't think I am going to be able to sell these. They're a bit shop worn, and since I used scissors to cut out the designs, they're a little bit rough round the edges. I used superglue to stick the pieces onto the box, but it is not holding very well.

Also, my nephew was fiddling with them, and left what I think might be yoghurt inside one of them.

Anyway, the effect is quite nice (of the teddy bear designs, I mean - not the yoghurt), so I think I may have another go at this.
Posted by Ruth at 13:07

I think actually, on reflection, it's the snoopy like nose. Maybe if you embroider a flatter sort on?

Also, we apologise for the 'yoghurt' - he'll be sorry to have missed some.

It's alright: I haven't been able to remove the yoghurt - he can reclaim it next time you come over.