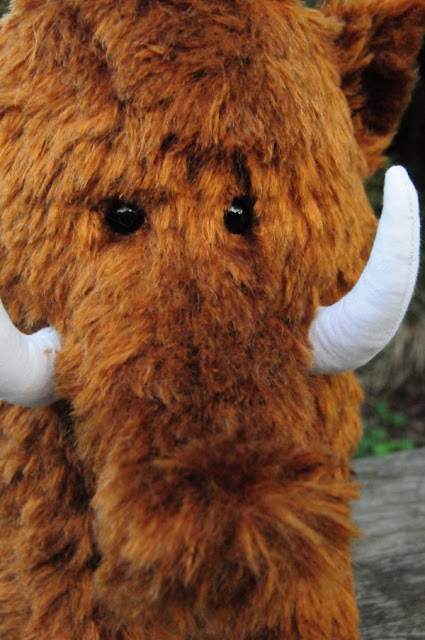 Meet Erik - with a 'k' - Eric, the Viking mammoth!  I have actually made a mammoth very similar to this before, but he found a home before I could get photographs of him.  The furry mammoths are really sweet (although this one actually manages to look a bit ferocious in the first pic).  The only problem is that it's difficult to sew the tusks on with such thick fur.

I did hit on an alternative idea - although it was too late to make for this one.  I was thinking of a little Viking hat - you know, with the steel side-burns, and the bit going down the nose, and the horns on each side.  That would save me from having to sewn horns onto that fur.  Next time. 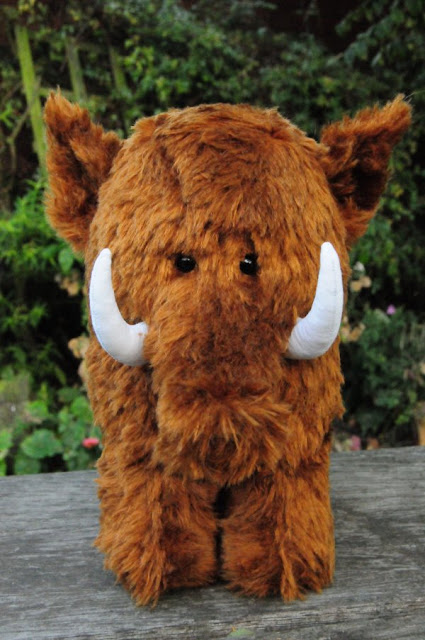 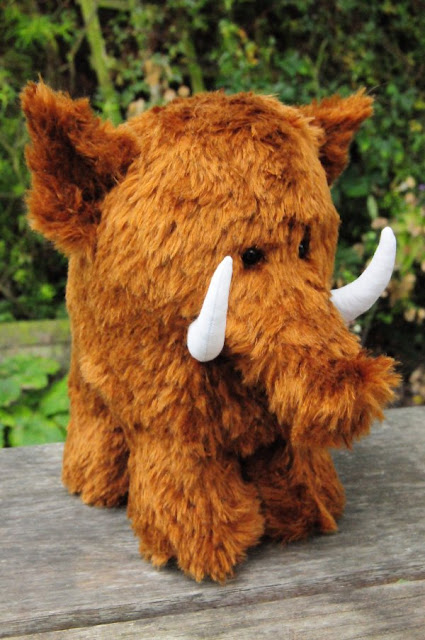 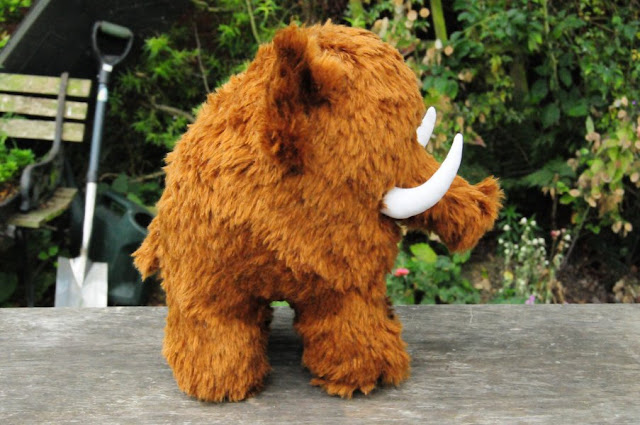 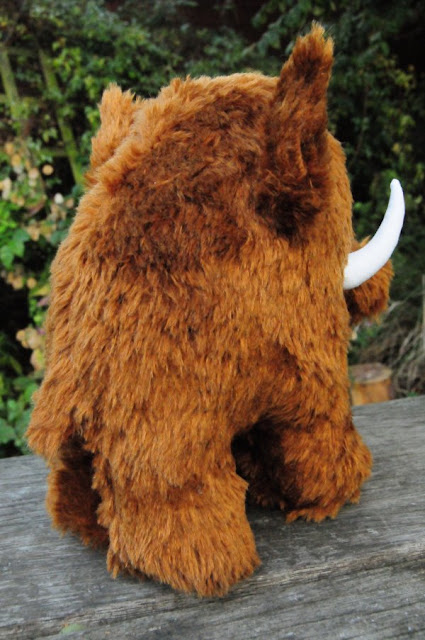 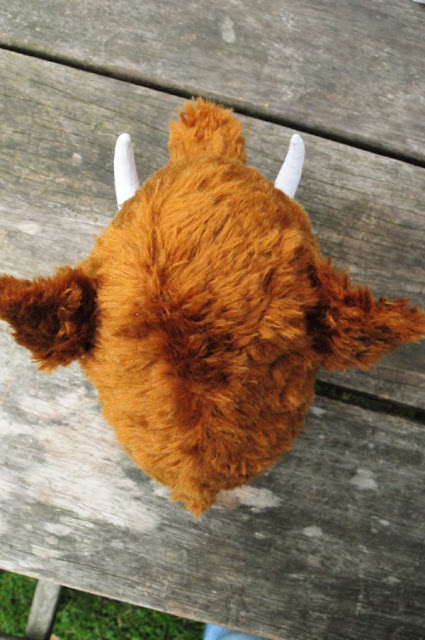