I was asked to make a mammoth out of a darker floral fabric﻿, so it could sit on the floor and hold doors open, without looking grubby.  I had a terrible job trying to find floral fabric with a dark background!  Eventually, I bought a vintage dress - a sort of 1980s prom-style dress, but in cotton, with a widely flared skirt.  I have to say I like Maureen better than I did the dress - which is good news - but I'll need to find something else to use the fabric for, since there's rather a lot of it (t'was a very flared skirt).
It was rather tricky trying to figure out where the flowers should go.  It's a large print, so I was trying to place the pieces so as much of each flower as possible was visible.  I'm still not convinced that was the right decision, since she's ended up with one big flower on her left-hand side and one big flower on her right-hand side.  Perhaps a little too symmetrical?  I do like the one white ear though, and the collection of little purple flowers to her forehead.
I also tried to cut the pieces so she had a clear patch of navy blue where her eyes would go.  It looks good I think, but the black eyes against the navy needed something to make them show up.  So I gave her eye whites, which means she looks up too - appropriate if she's standing on the floor.
Hopefully, she will be liked! 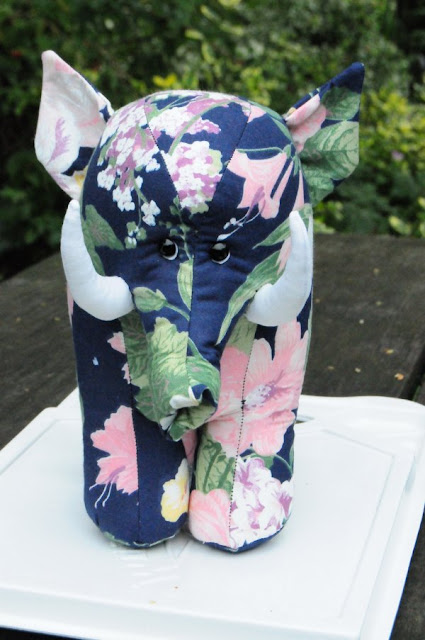 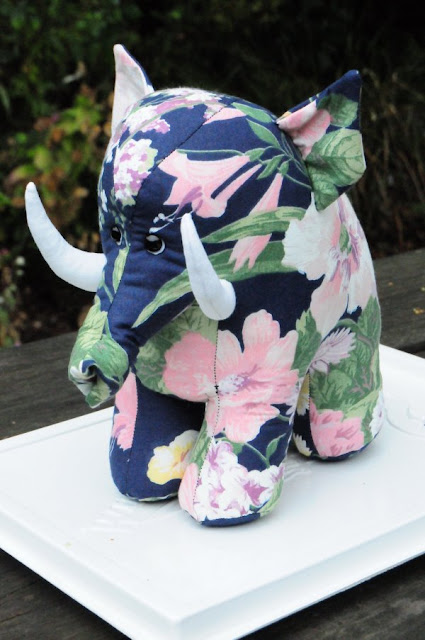 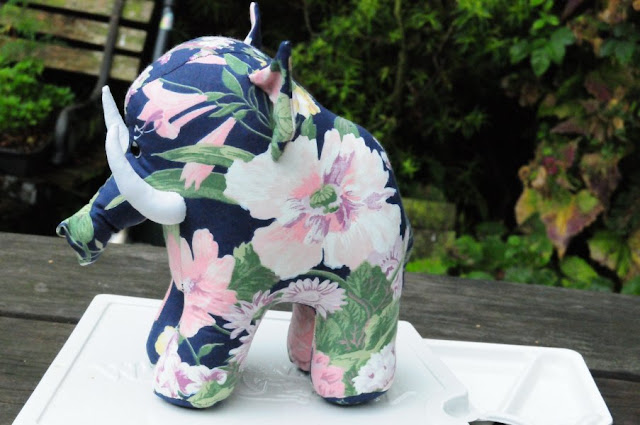 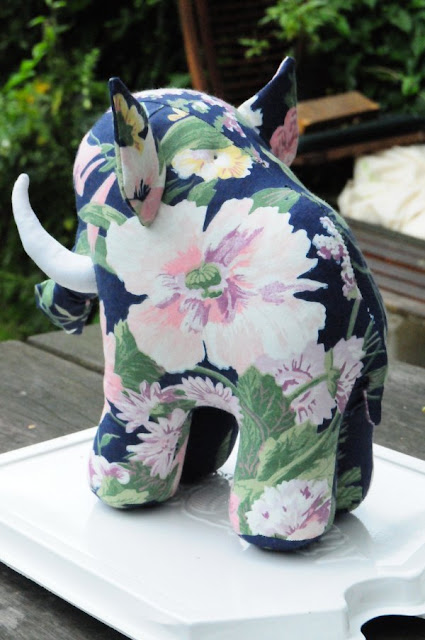 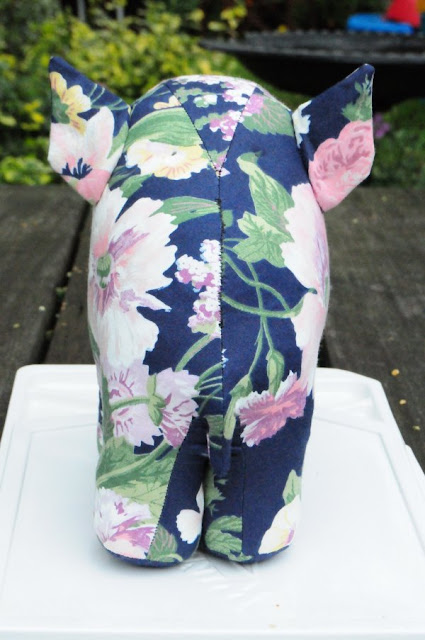 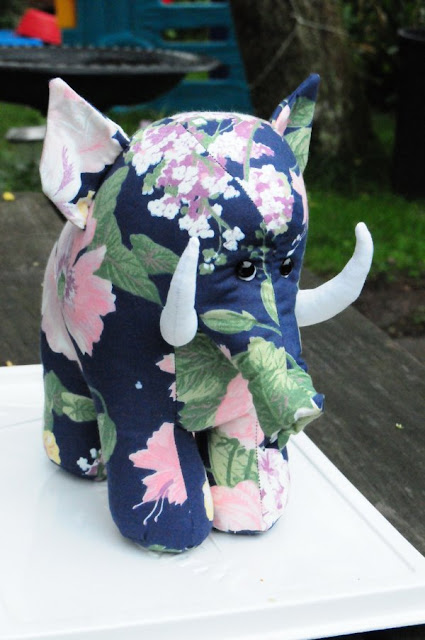 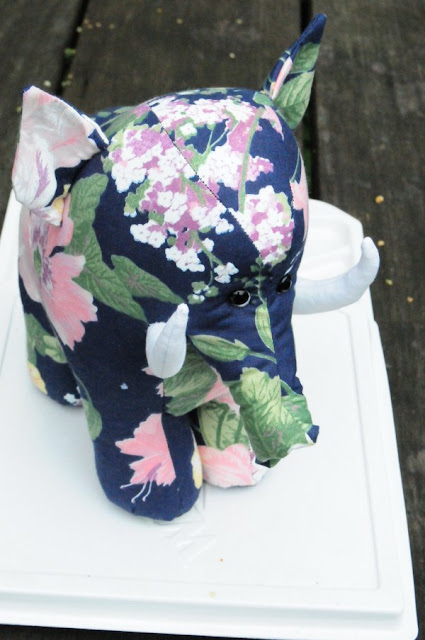 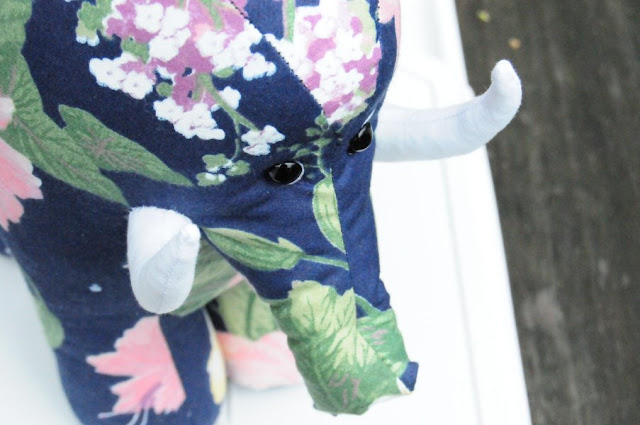 I love the fabric. It works well with the mammoth design.