Another little mini bear, called Fern.  She is the same design as Esmerelda, in my last post. 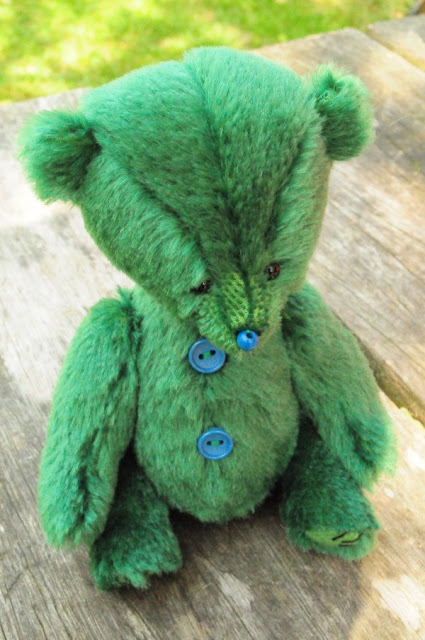 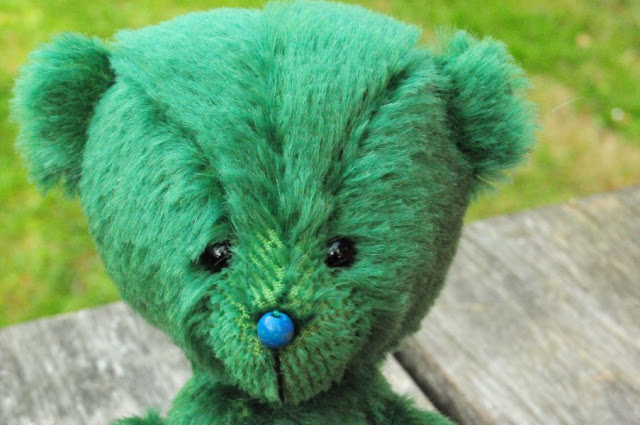 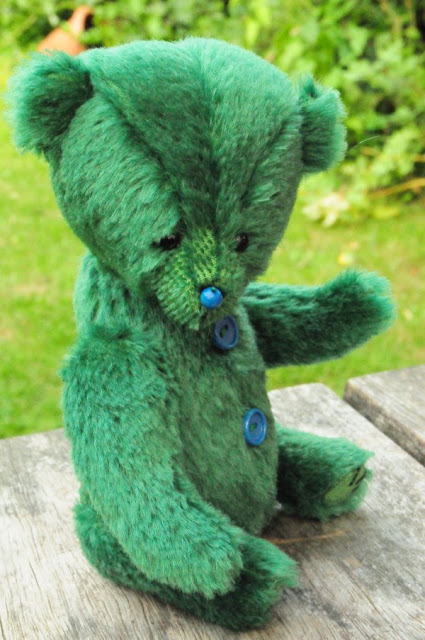 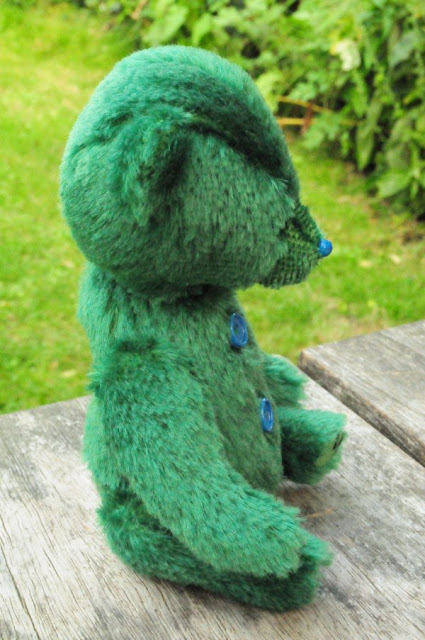 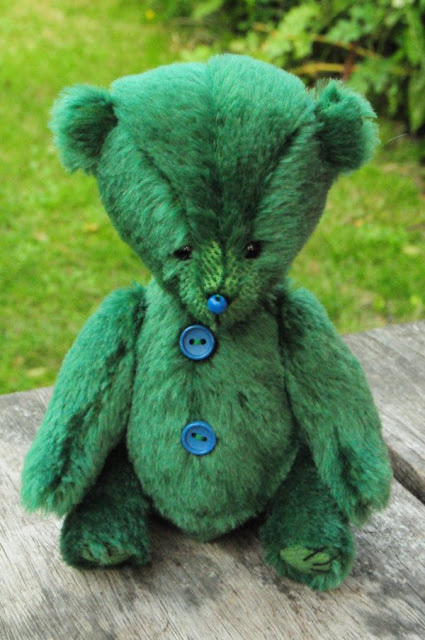 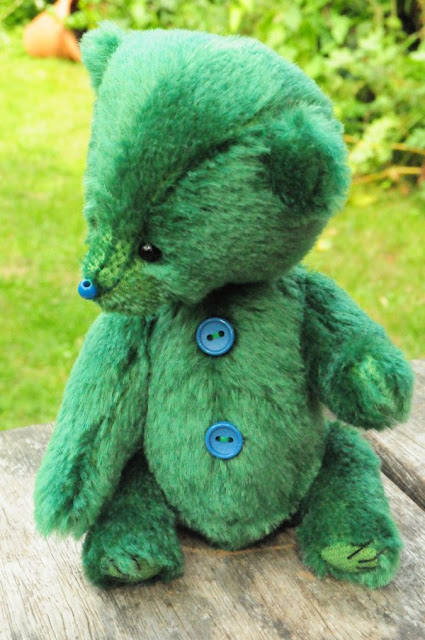 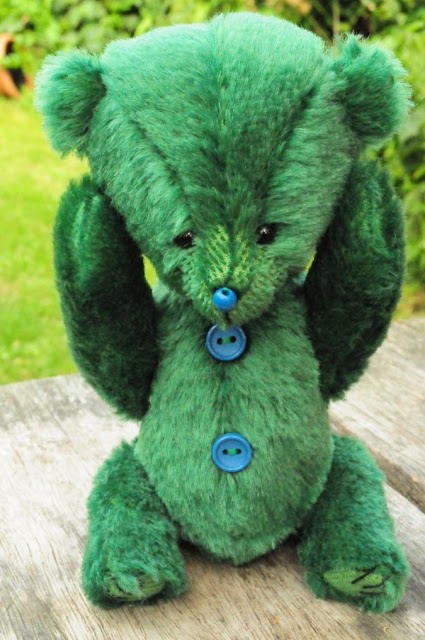 There is a slight frown there, isn't there - I think it must be the fur falling over the eyes.

I seem to have barely had time to think this month.  My sister and her family are staying with us whilst they sell their house and fight their way through the process of buying a new one.  They have two kids already, and she has just had twins.  It is lovely having them so close, but the house is frequently in uproar, and it's very difficult to concentrate on work.

Anyway, I was reading a vintage teddy bear magazine the other day - The Wonderful World of Teddy Bears - and I came across an article about bear artist Julie Shepherd.  I know of her because she writes articles for Teddy Bear Times magazine now.  Anyway, according to this article - this vintage article I was reading - Julie Shepherd considers herself a hobbyist (or did at the time) and makes only a small number of bears: "on average, not more than three or four a week".

It rather puts my two-a-week target to shame - particularly since this is what I consider to be my 'job'.  Having said that, I have been finding that I am getting faster at making bears.  My two owls (see here), I made both in one day, and Esmerelda - from the last post - was made in just one day also.  The trick, I think, is to be organized: I frequently have to stop in the middle of bear-making because I find I don't have enough of the right size joints, or eyes.

Having abandoned my quest for every bear to be complete unique and original in design also helps - although I hope the bears I make still look quite individual.

From here on in though, the target is a minimum (a bear minimum, no less) of four bears a week!
Posted by Ruth at 16:22