A few updates, since I haven't posted for a while.  First off, I made some wings for the hanging bears... 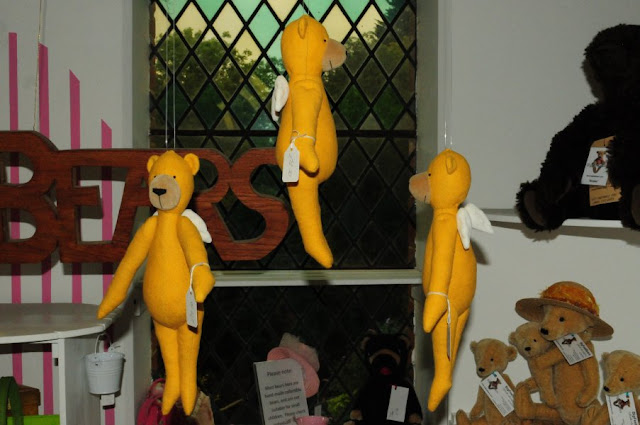 Does that work?  It's not a great photo, and I'm not sure they don't look even more macarbre against the church window, but actually I do like them like that, and I think they'd look great against a cleaner, more well lit background.

Sales have been really good recently.  I sold Frank - my big union jack mammoth - and somebody asked me to make another one for them(!)  Since he was so striking, and made such a big impact in the unit, I made two... 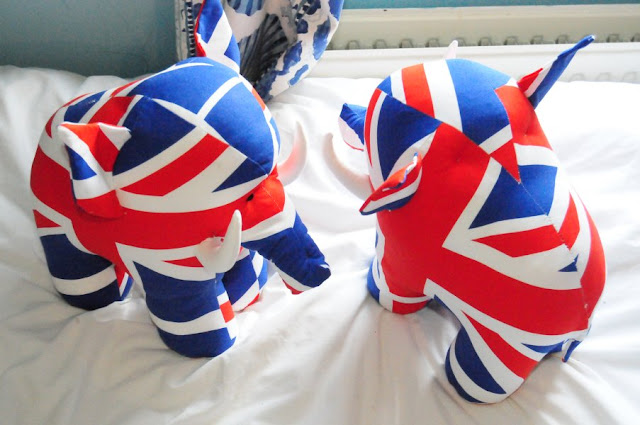 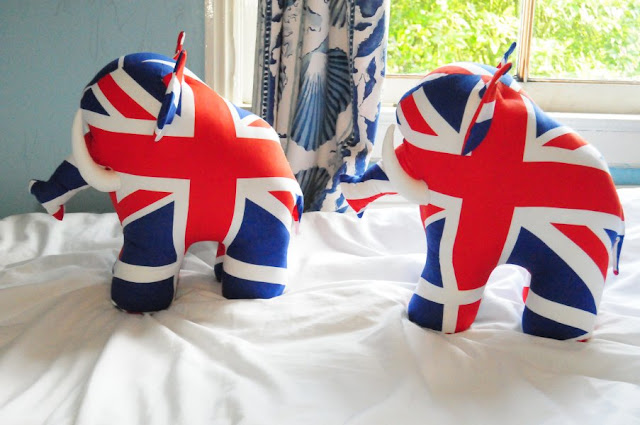 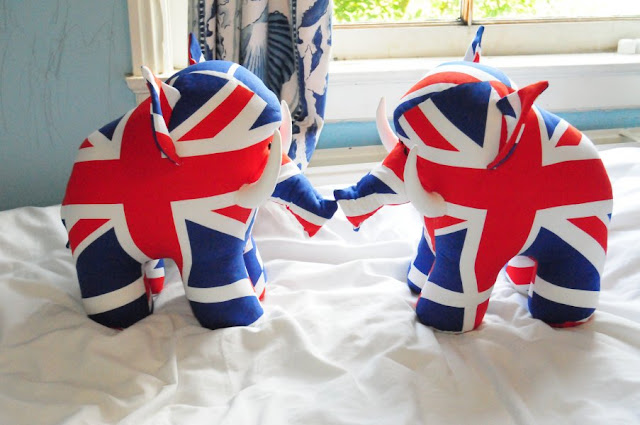 They are really lovely.  Unfortunately, the big mammoths take so much time to stuff (and so much stuffing to stuff), that I can't really say they're fun to make.

I have also found homes for quite a few of the mini bears I made for the Clare Priory show (I really need to make some more), and today, Benjamin too found a home!  I was actually working at the Art & Craft Centre when someone carried him up to the desk.  I was so chuffed, I was completely dumbstruck - I don't think I said a word to them the entire time! 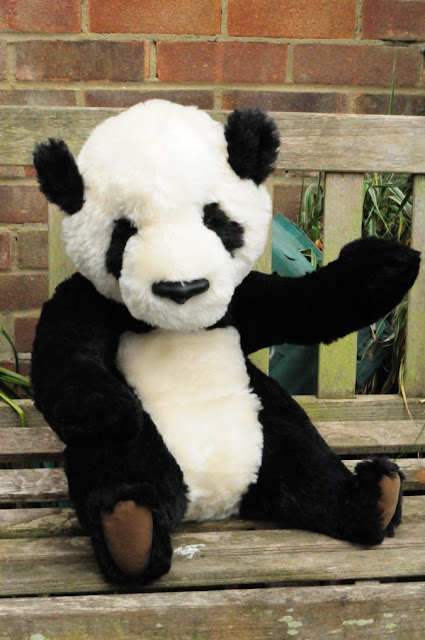 Having packed him off, I then looked around for something to buy - in celebration(!) - which is silly because the money goes straight towards paying the rent for my unit.  Anyway, so I had a silly moment and bought this... 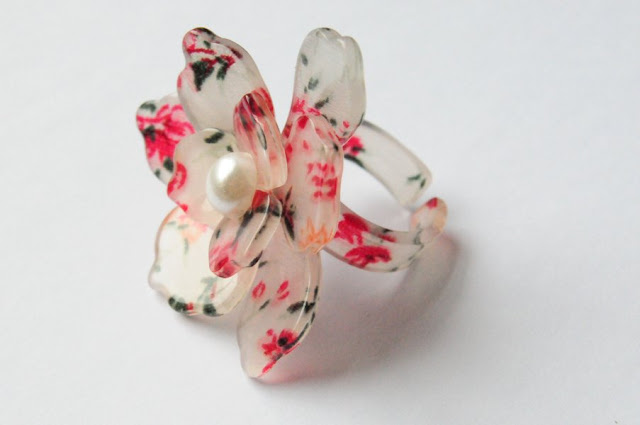 Is this really pretty and eye-catching, or is it cheap and tacky?  It was certainly cheap (it wasn't that silly a moment!), but is it tacky?  I seriously have no idea, but I like it anyway.  It does make typing rather clunky and clumsy, but it's very pretty all the same.

One final thing to add to this strange round-up of completely different things: Tracey Hill - a photographer who's had a unit at the Art & Craft Centre for a little while - is leaving.  I worked with her for a little while.  She is really lovely, and her work is beautiful, so please take a look at her website, and if you live in the South East and you need a photographer, do get in touch with her.

Well, I wouldn't exactly say tacky, but maybe not quite in the best of taste?
It is kind of pretty I guess (see, that's me all-american now) but doesn't it feel loose not being joined at the back?
hope you're having fun with the kids, is mum feeling better yet?

You mean her cold? Well, it's lingering, but she's very cheerful all the same. The kids are cheerful also (and loud). House purchase has gone through, and now they're stripping wallpaper, looking at new kitchens, stuff like that. I was trying to think of a suitable house-warming gift, but the most useful thing would seem to be a contribution to the cost of a new boiler. Not really what I had in mind, but I guess there's no point buying them something gorgeous and frivolous if they're all sitting there shivering. So... my £2.50 goes towards their new boiler! Feel free to chip in!

Cool, I might be able to manage two fifty also, make it an even fiver for them!