I'm not sure if this one looks male or female, so I have cheated and picked a unisex name - he/she is named after either Carey Grant or Carey Mulligan.  Carey is another realistic bear, although I have made alterations to the neck, to try to get a smoother line across the head and neck.
I like his nose better than Huckleberry's I think, but his paw pads definitely need more detail.
I seem to have come full circle here.  I started off, way back when, making realistic bears; then I changed to simpler, more cheerful, colourful, character bears; now I'm back to the realistic bears.  It would be nice to have a mix of both at the Art & Craft Centre.  Unfortunately, because of the different styles, they do sometimes look strange sitting next to each other.  And the realistic bears, which are necessarily made in blander, natural colours, tend to fade into the background somewhat when displayed with the pink and blue character bears.
Anyway, here are Carey's photos - and yes, the ears were intended to be at different angles. 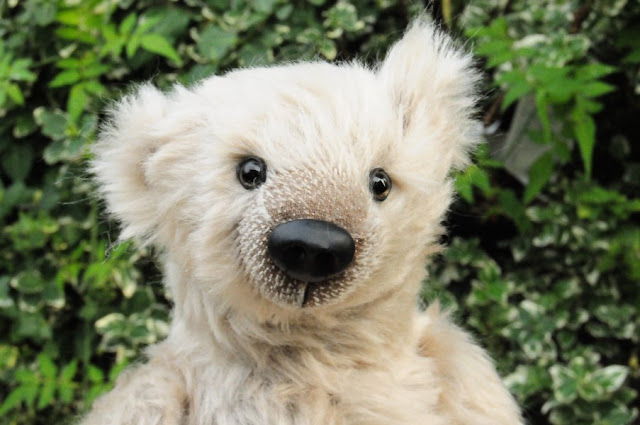 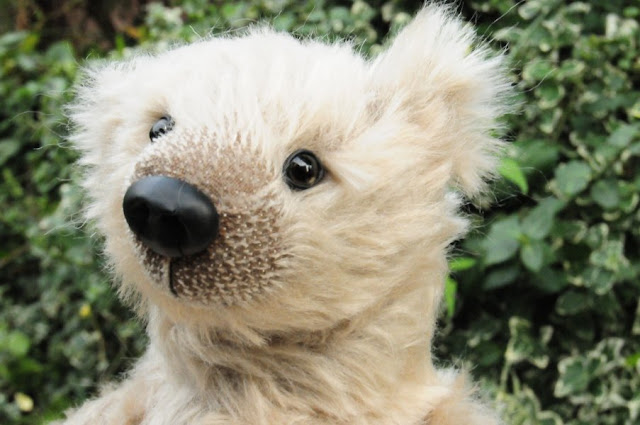 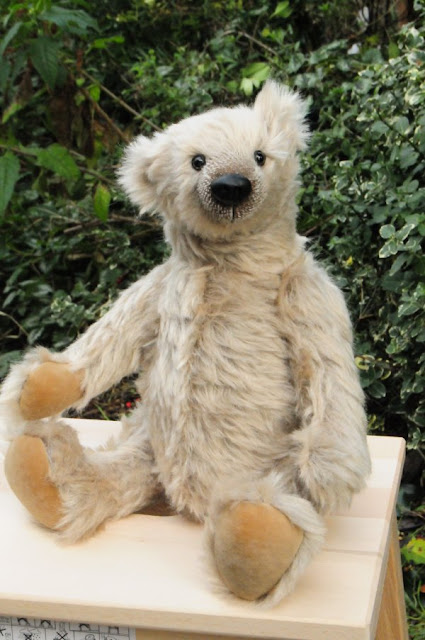 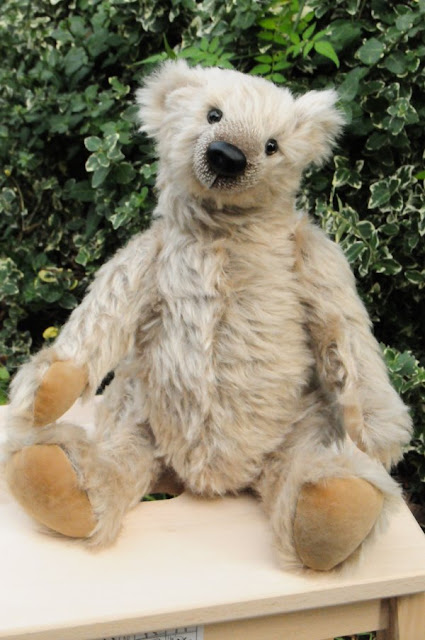 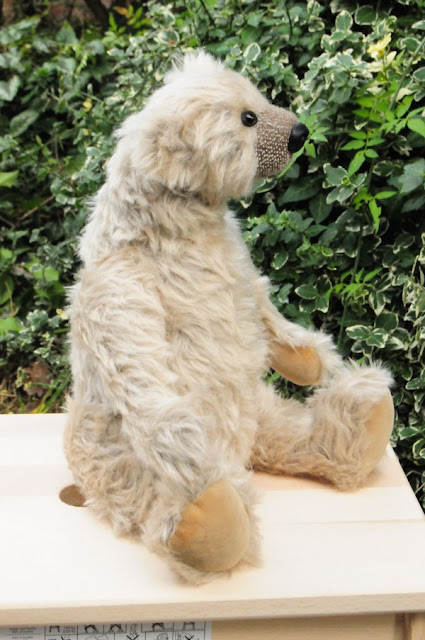 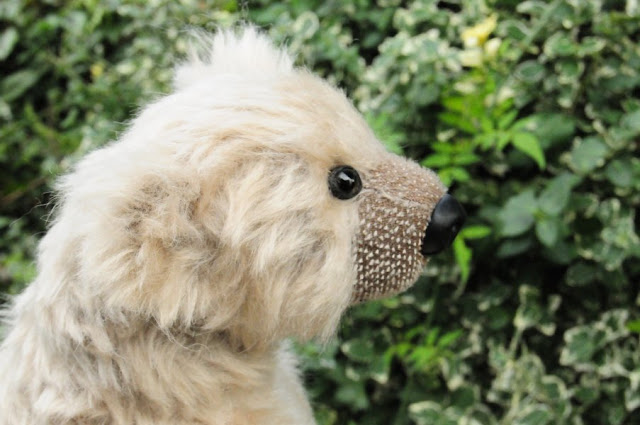 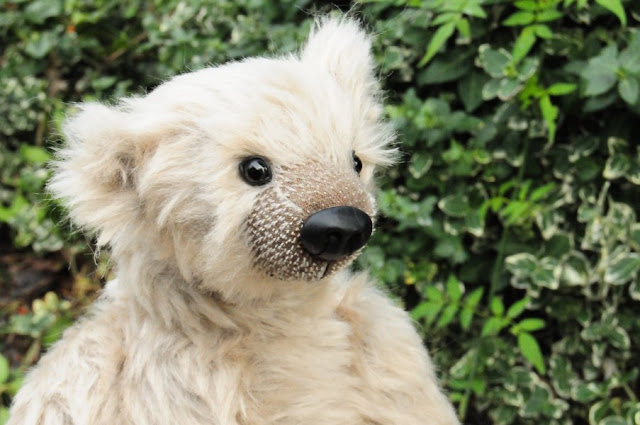 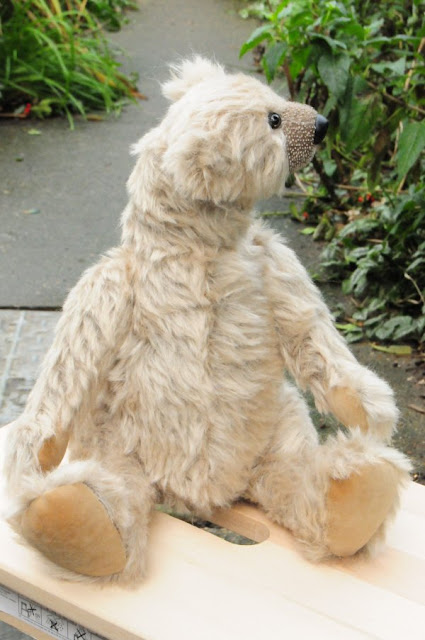 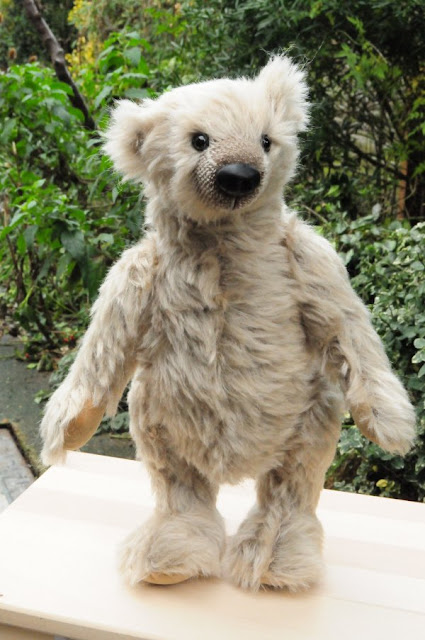 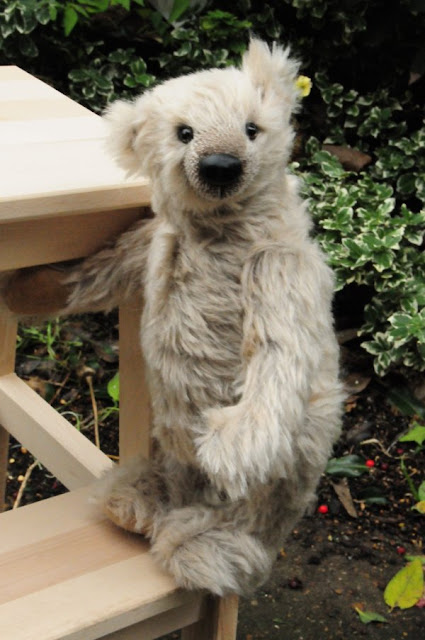