Hello!  And a belated Happy Christmas!  I'm afraid I couldn't work up the energy for a blog post over Christmas - I'm just not a Christmas person.  It all seems like too much to bother with.  I have been trying my best to view the world through red-tinted, holly-trimmed glasses - mainly for retail reasons; are there any shops which show no signs of change at Christmas?  Anyway, my attempts have been half-hearted at best.  Given the choice I think I would hibernate from the beginning of December to the end of January.  Actually, make that from the beginning of December to the end of December.  Because New Year's Resolutions [weirdly] are very important to me.
One of my long list of resolutions last year was to make 100 bears in 2011.  I failed, I'm afraid.  Come to think of it, I failed to hold on to any of my resolutions.  And I'm on course to fail my second best target of making 90 bears also. But I will get very close.  These are two bears that I've made recently.  First, Oliver - who I've made several times before - but who, this time, has a chick on his head(?) 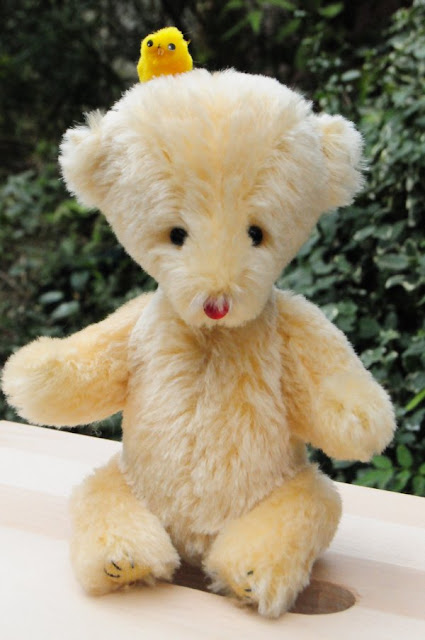 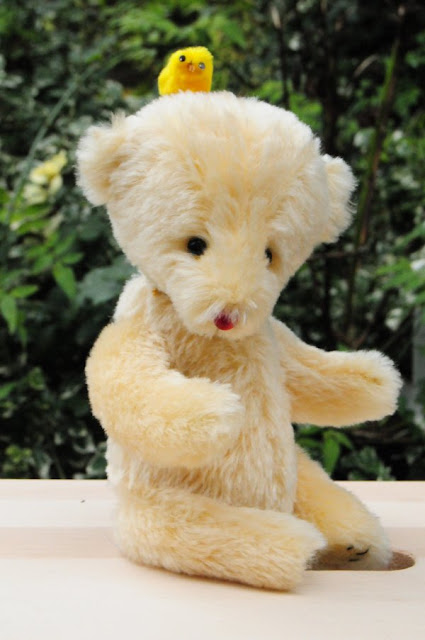 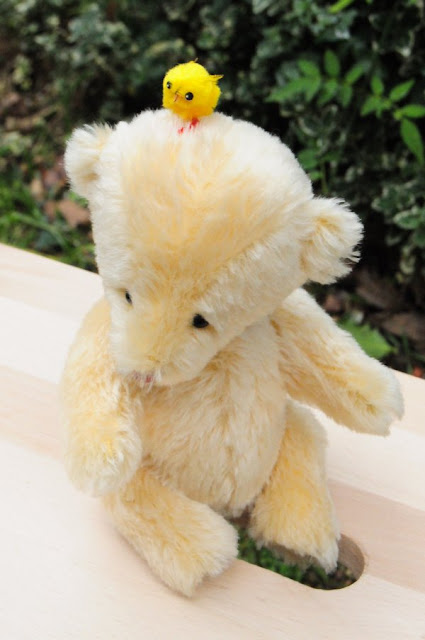 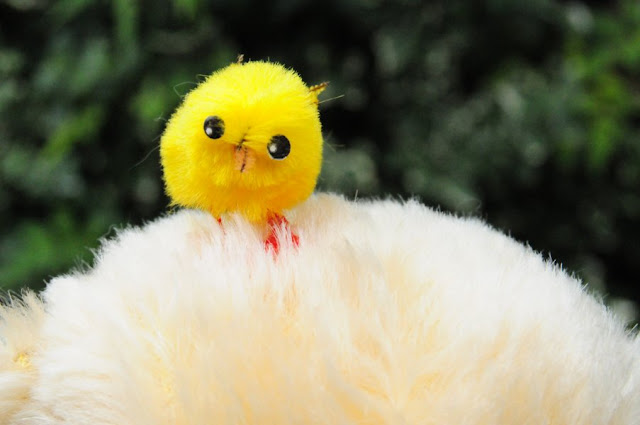 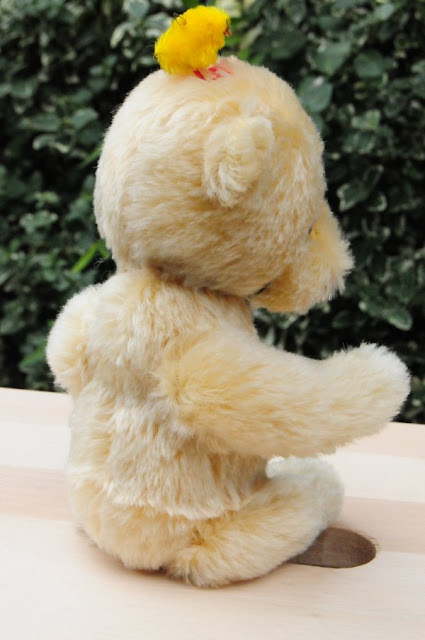 Then, another bear (currently unnamed), wearing a lovely felted kaftan which my mother made for her (him?).  Do men wear kaftans? 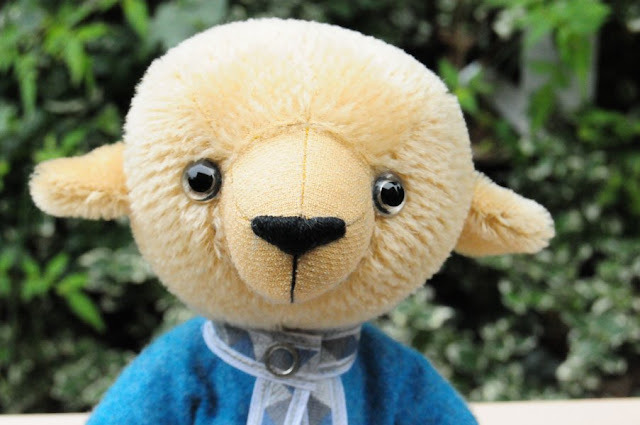 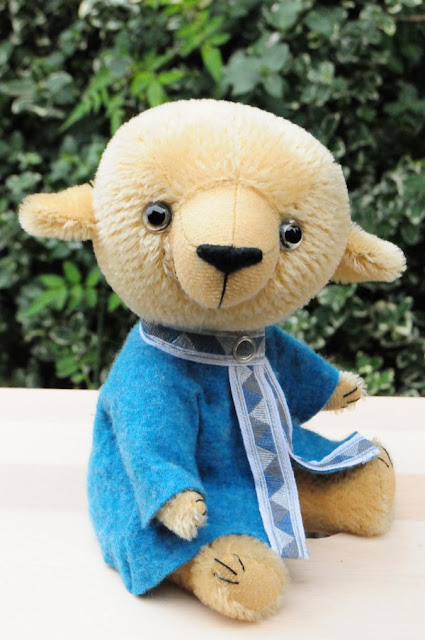 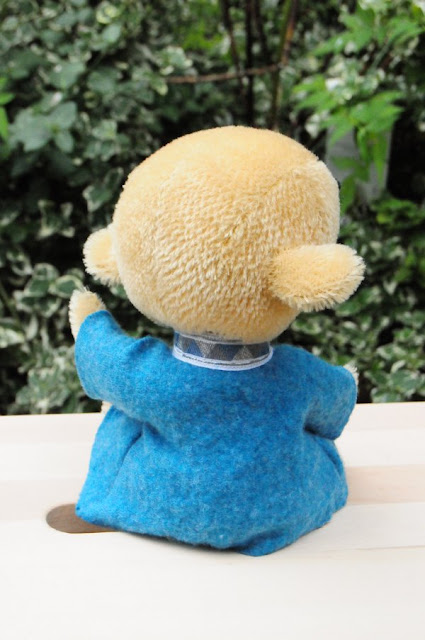 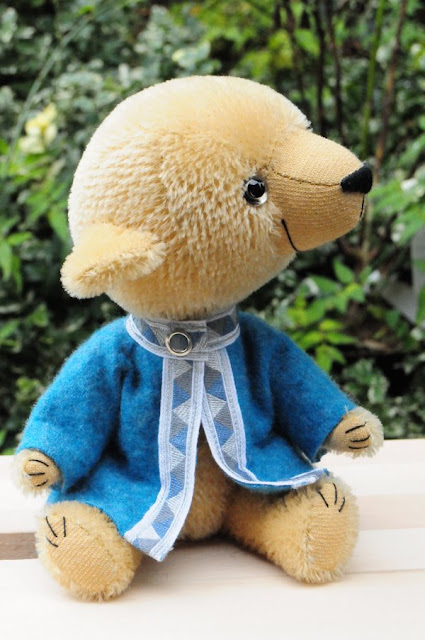 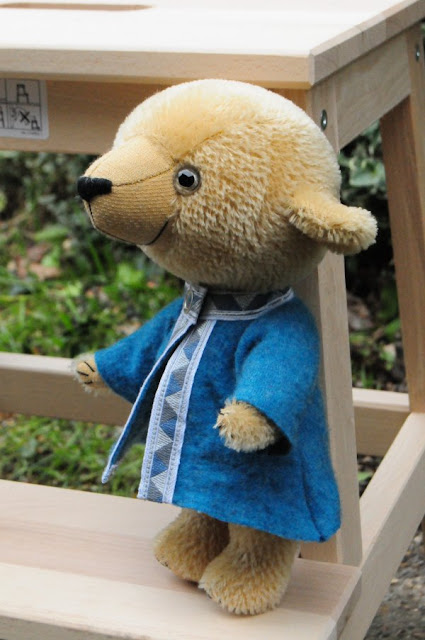 Update: I have called this little bear Christine.  Happy New Year!
Posted by Ruth at 19:01