This really isn't what I had in mind when I started thinking about teddy bear wreaths!  Despite that, I do think Otis is rather sweet, so I am going to leave him be.

I was hoping for a sleepier look though - even closed eyes.  The trouble with that is that the eyes are probably one of the key ways in which you can give personality to a teddy bear - eyelids are not half so appealing!  I could go for half closed lids, but I would have thought that could look rather malevolent.

Another problem with this design is that it's not quite sure what it wants to be, I think.  The bear's head and neck are jointed, but probably won't move far when he's inside the wreath (I haven't dared try it).  He is attached quite lightly to the wreath, and can be removed without any damage but then - as with Stanley below - he is sewn into a roughly circular shape, so he can't sit properly outside of the wreath.

So, only a partial success.  I have five more willow wreaths to play with though, so I'll see if I can get any closer to the original idea. 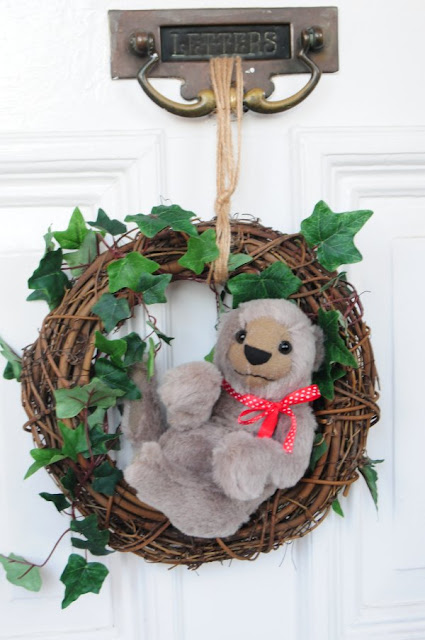 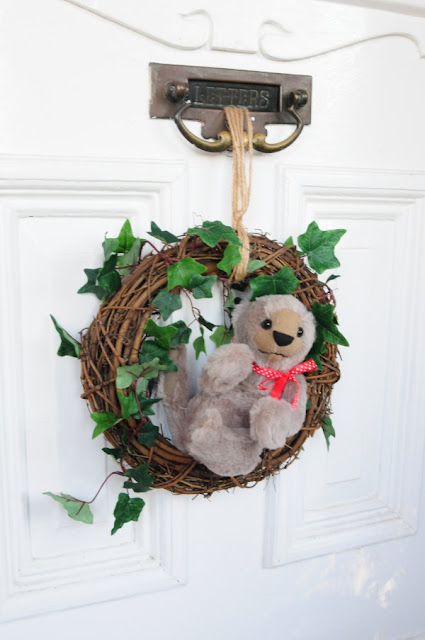 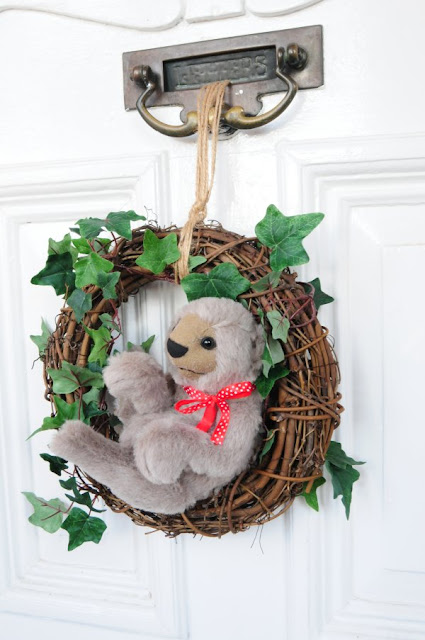 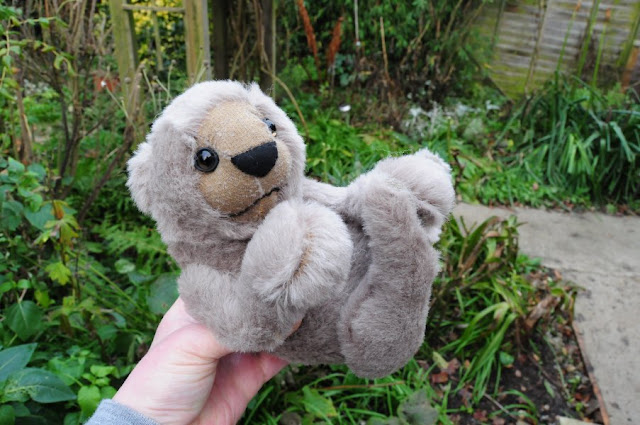 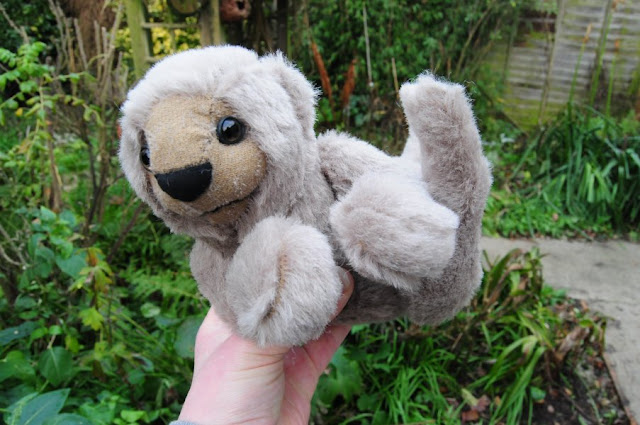 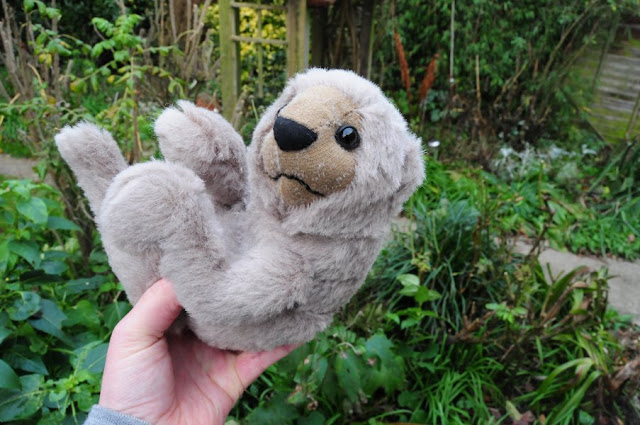 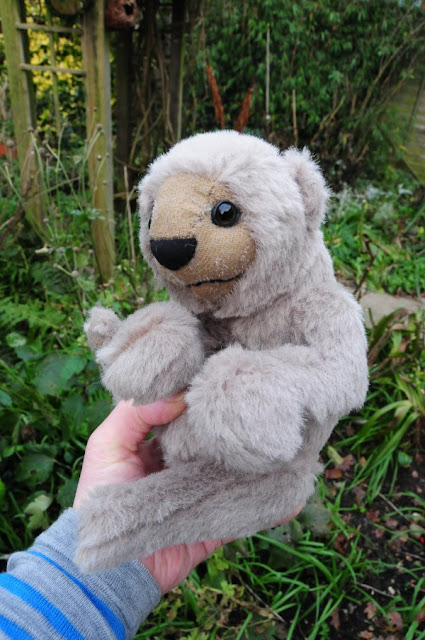 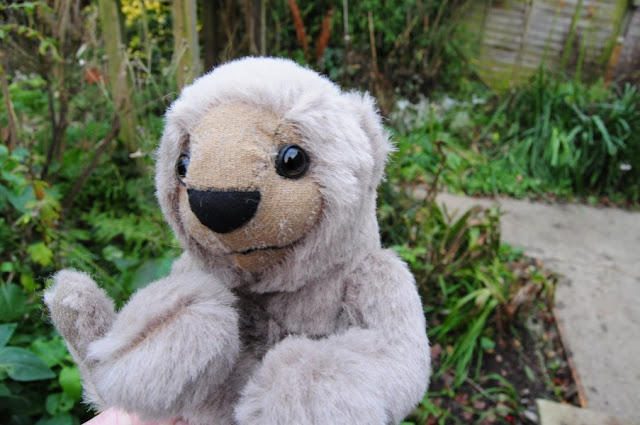