Wow - it's been over a month since I last posted!  Must do better.  Anyway, I wanted to show you these: the two bears I made for my twin nieces for Christmas.  They have safety joints and eyes, so I'm hoping they stand the test of time.  They are rather ugly unfortunately(!) - two little gollum-like things.  They are based on the pattern for Fred the Unfinished, who was himself based on an antique Steiff polar bear, so they have good lineage!  I'm hoping they are ugly ducklings that will turn into swans - or gorgeous, antique-looking bears - with a bit of wear. 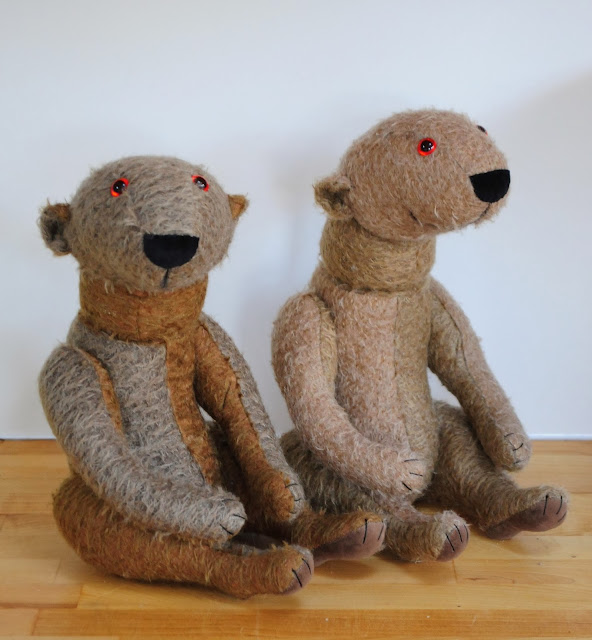 On the evening of Christmas Day, I had an Etsy enquiry about shipping to Australia for Padmore, my blue bear with the needle-felted face.  He is very large, and very heavy, and the shipping quote was astronomical, so I wasn't particularly hopeful.  The next day however, the lady bought him!  So he is off to Australia! 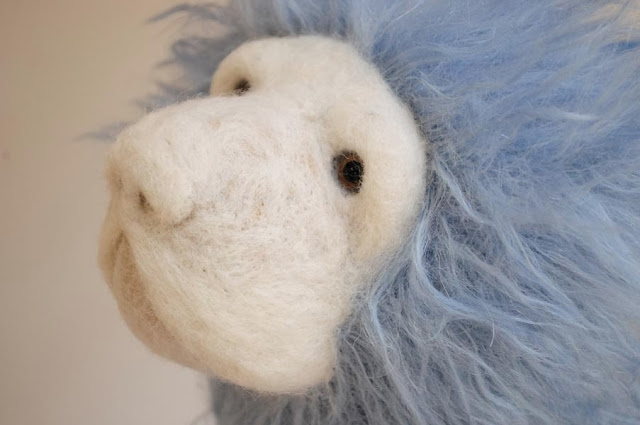 That pretty much made my Christmas.  However, when I was at work yesterday, somebody came to the desk to ask if they could see the meerkats.  Sidney was the one that caught her eye, and she has put down a deposit for him!  Someone do a cartwheel for me please! 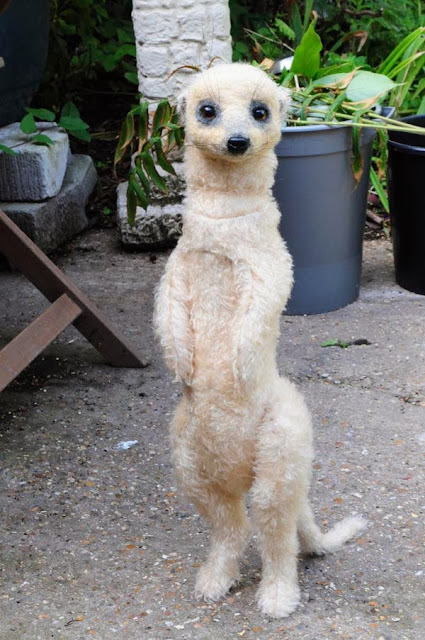 Since it is 31st December, I feel I ought to finish by saying something conclusive about 2013, but I don't have a great memory for these things, so here is a collage of pictures instead.  The building at the top left is the Dedham Art & Craft Centre, where I have my bears.  The picture at the bottom left is the big unit which I moved out of recently (sniff!).  I'm still trying to think what to do with that big wooden sign.  The moose and the meerkats (standing and sitting versions of each) were all new in 2013, and dying my own fabric was a new experience as well.

The two little bears in the third row are my favourites from the series of ten I made at the beginning of the year - back when I cut out the pieces for 50 bears, ready to make.  As a production method that was of mixed success, but at any rate, it prevented me from spending any time on new designs, so it wasn't really the direction in which I wanted to go. 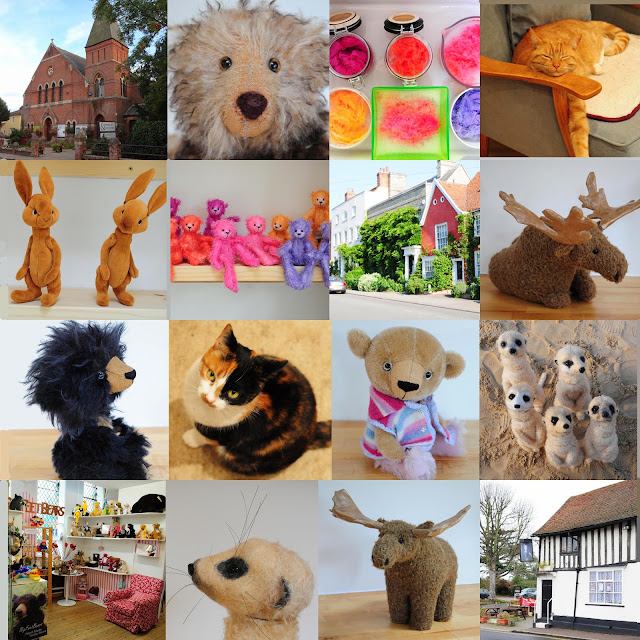 In 2014, I would like to create lots more designs.  The luck dragon (from Never Ending Story) which I'm making at the moment, some serious birds - particularly corvids and owls, a donkey (which someone has asked me to make) and perhaps a goat, because I just like goats.  Also something similar to the moose, so I can have another go at paper mache horns - perhaps a buffalo.  I'd also like to have a go at a few more sculptural bears - unjointed and realistic.

I'd like to enter some more of the big teddy bear design competitions, and apply for the big Hugglets show.  And I'd like to publish a few patterns.  I'm thinking of the mammoths, and those bears shown in the collage above, third row - the moon bear and the one with the stripy jacket.  What do you think?  It's one of my oldest patterns, and well tested.  And quite popular.  One difficulty - with Isaac the moon bear - would be that I used several different pile lengths, and colours, which would complicate things slightly.  Particularly if the person who purchased the pattern to make him didn't want to use mohair.  Perhaps he could be advertised for sewers of intermediate experience?

Anyway, happy New Year to everyone reading this - I hope 2014 is good for you!