Good morning!  Sorry I haven't been back for a while.  I think there's one bear that I haven't posted here.  I made another little sun bear, like Sunbearo.  I came up with a name and everything.  Unfortunately I don't seem to have written it down anywhere, and can't remember what it is - blast!

Anyway, I will post some photos of him tomorrow.  This post is about Herman!  Herman is the kind of bear I love - a big bear with a great silhouette, small eyes and an enquiring expression.  He measures about 19 inches from head to toe.  Our scales are broken (too many bears have been standing on it), so I've no idea what he weighs but he is a bit of a whopper.  Postage will not be cheap, so I guess he's more likely to find a home at one of the shows.

Speaking of which, our next show is Sunday 14th June at Stratford.  I'm approaching it with some trepidation because it will be the first outing for my giant panda.  I'm not even certain he fits in the car, and how to transfer him from car to stall table (while trying to maintain his dignity - and mine) is anyone's guess.  At the moment, I've been moving him with a sort of half-fireman's-lift which necessitates him entering a room bottom first.  We can't do it that way - you know what they say about first impressions!

Between now and the 14th June, I need to make hedgehogs and puffins, and perhaps a polar bear if there's time. 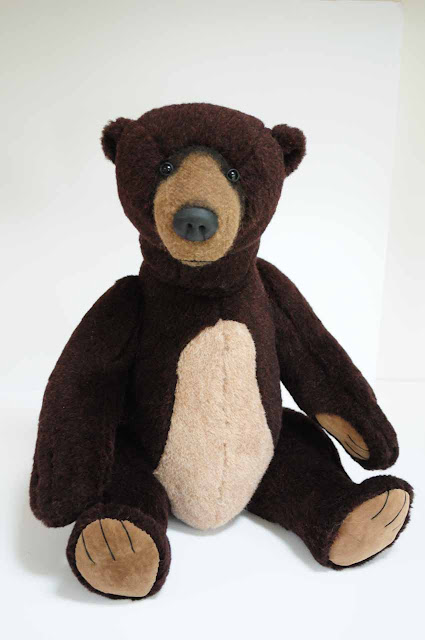 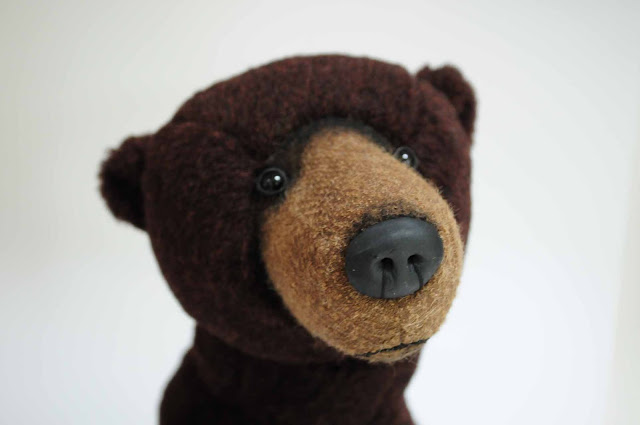 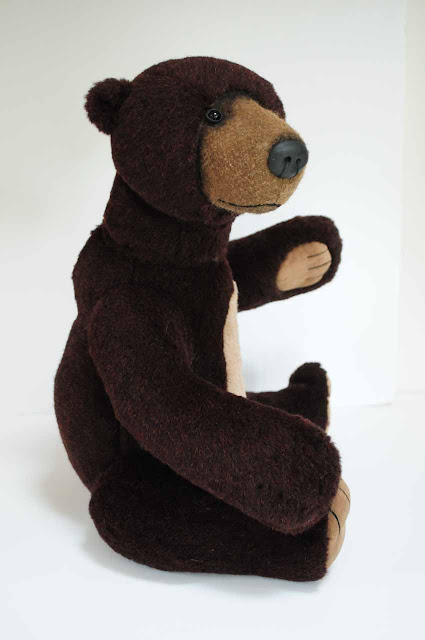 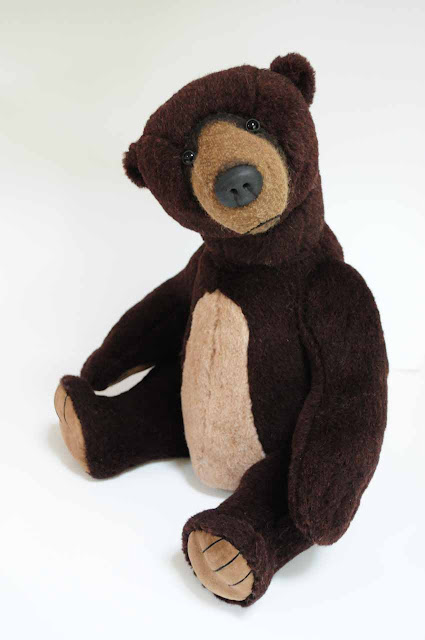 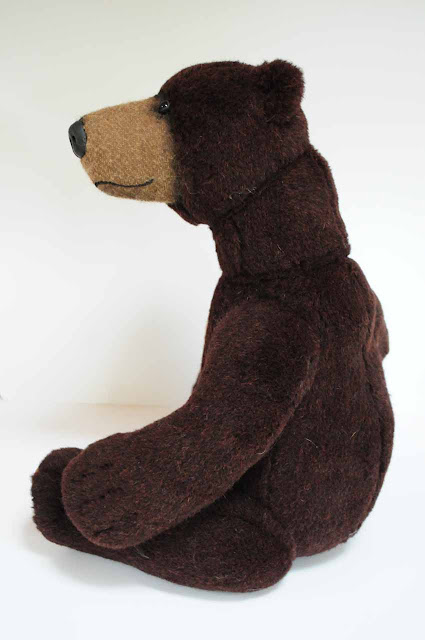