Many apologies (to my two readers) for not posting recently. I have been busy faffing around, as usual - not getting much done. I have done a few things though!

You may remember this little bear. My sister took him/her off to South Africa with her when she left. I only had a little of that mohair left, so I decided to make a smaller version, hopefully to sell at this up-and-coming craft fair.

I'm not sure it quite worked out... 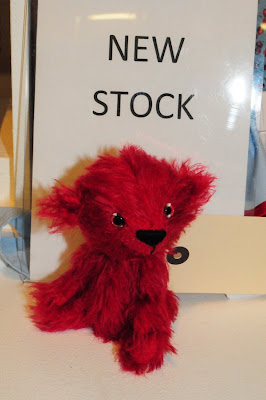 His name is Macintosh. He is quite sweet, but not a patch on the first one. I have had this mohair for several years now, but I always passed it over - sniffily thinking it rather inferior. In fact, with the right design, it looks wonderful (something to remember when I'm gazing despondently at the dregs of my mohair stash). I think the pile is perhaps a little long for such a small bear as the one above: he looks too scruffy.

Anyway, I have managed to complete another bear - Albert. 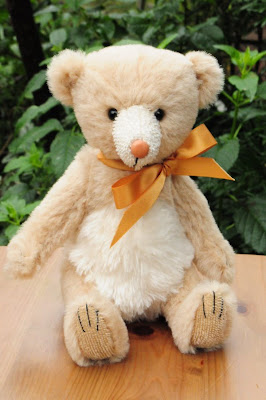 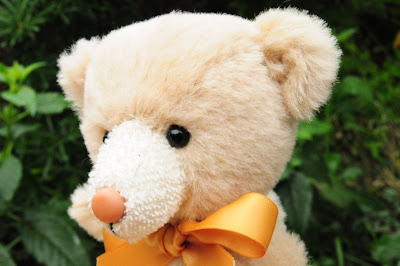 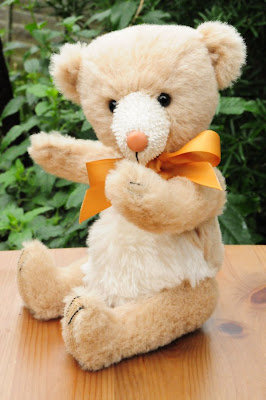 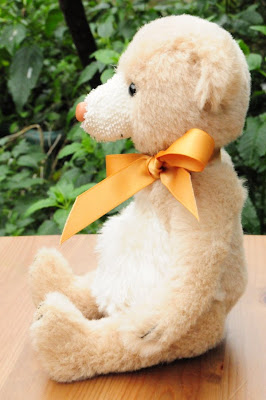 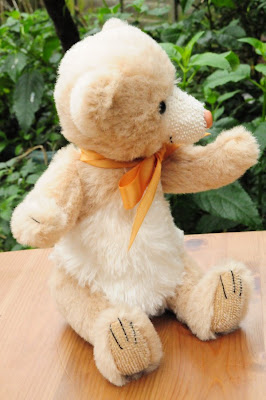 I'm sort of on the fence with this one. He didn't turn out as well as I would have liked, but nonetheless, the more I look at him, the more I warm to him. Maybe I should have used a darker brown, to get a proper contrast with the white stomach. Both fabrics used are lovely though: the brown is alpaca - incredibly thick and fluffy - and the white is a silk-mohair mix which, although rather tufty, is really silky.

It is the first time I have made a teddy bear nose like that. It is clay, fashioned around a small glass eye, then baked in the oven. It looks quite good to me!

In the meantime, my mother has also been busy, making things for the craft unit. I think I have probably mentioned before that I buy in manufactured polar bears that are suitable for children. This is partly because they're less costly than anything else I sell, and partly because it seems a bit mean to have a teddy bear shop in which nothing is suitable for children.

Anyway, my mother has made some cracking clothes for them in the past. For the lastest one, she has made a little pink hat and jacket... 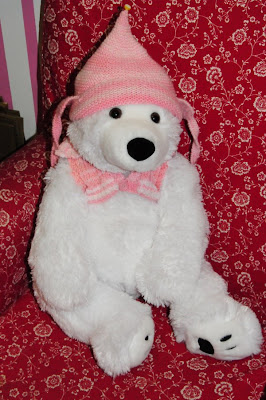 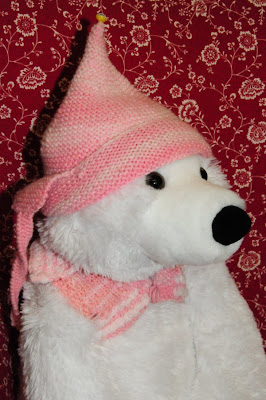 Note the button sewn to the pointy end of the hat - very, very sweet!

She has also painted some more greetings cards: 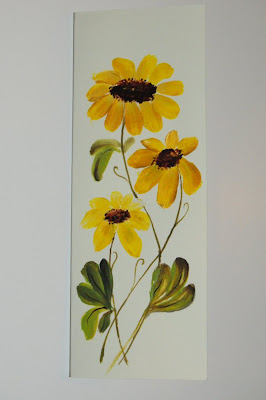 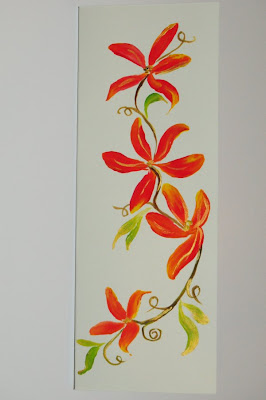 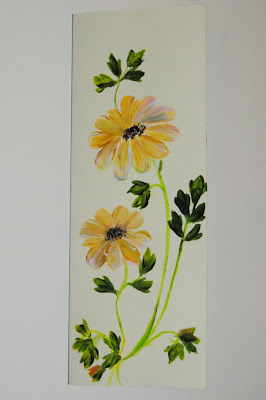 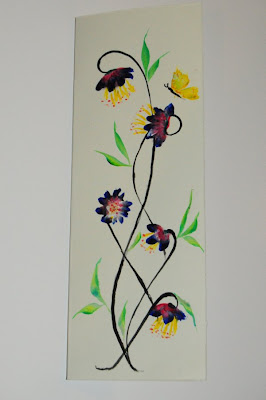 What you can't see in the photographs is that - because they're done in acrylics - the paint actually stands out from the paper, where it's laid thickly, so they are really textural (is that a word?).