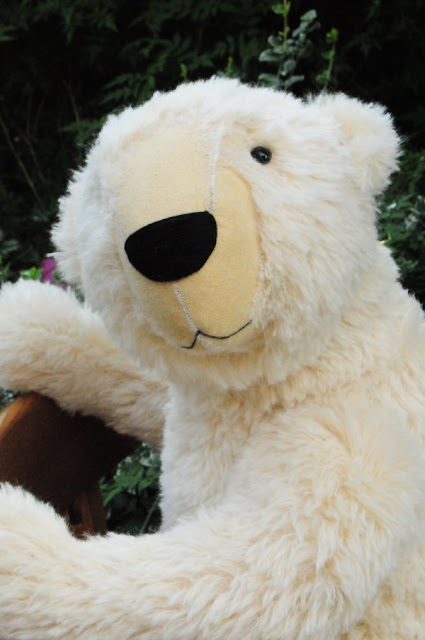 This design has been giving me fits.  It is the same pattern as the bear in this post.  I spent ages trying to get the head shape right.  Then, when I'd finished the bear, I had a clear-up (always a mistake) and somehow managed to throw away most of the pattern pieces.  There were a few bits of the head pattern left, so I redrew the body pattern, and the remaining part of the head, and made this bear.  Vinnie's head was much wider, for some reason,  and now I've made Gus and his head is much wider too.

It could, of course, be that the redrawn pattern wasn't identical to the first one.  I'm wondering though... the first bear, Phut, was made in a very thin sparse mohiar, whereas both Vinnie and Gus have very thick pile coats.  The plucking of the muzzle means that the head loses breadth, whilst still retaining it's width - maybe that is what is causing the difference in shape.

Before I made Gus, I sewed a muslin mock-up, just to check the design, and that face seemed more like the original.    Maybe using a thinner fabric would give a better face shape. 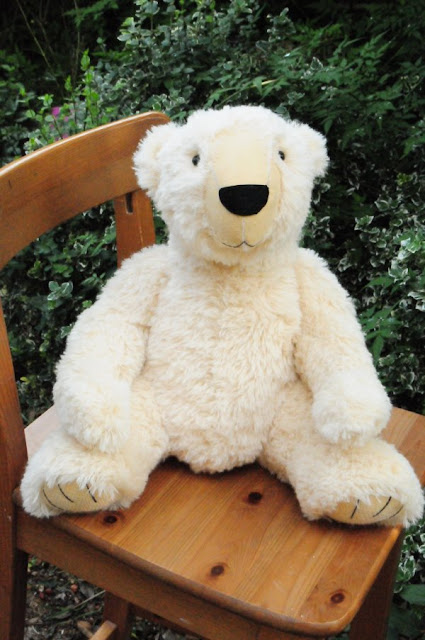 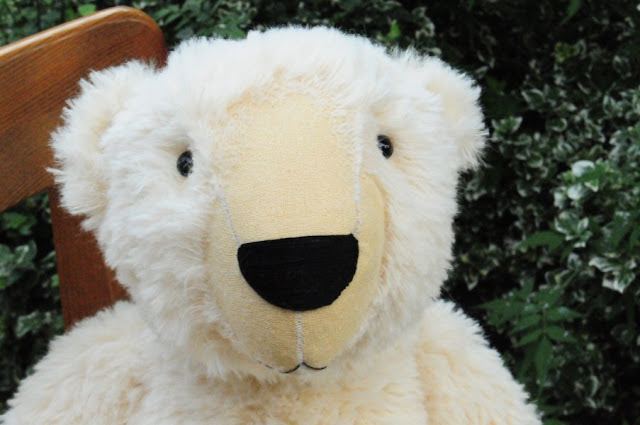 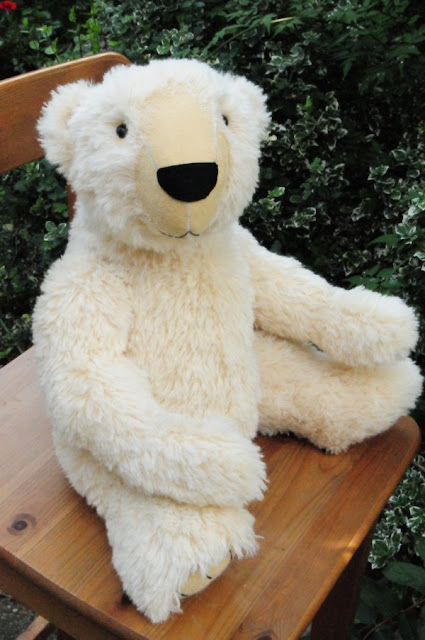 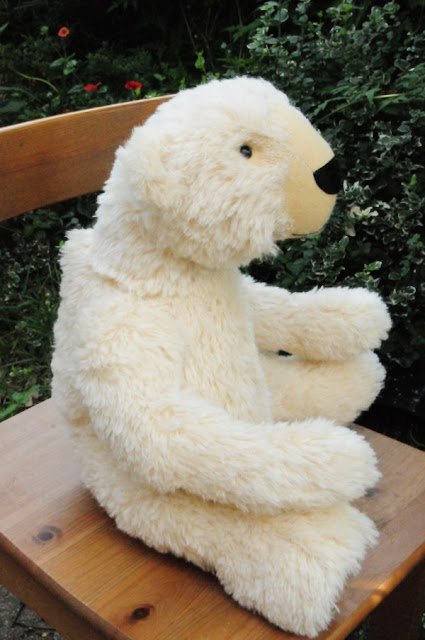 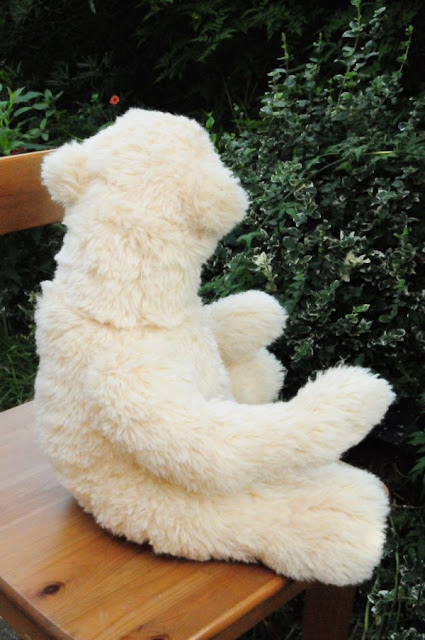 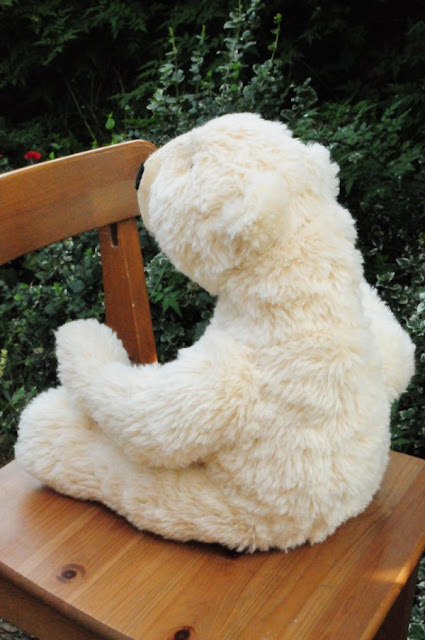 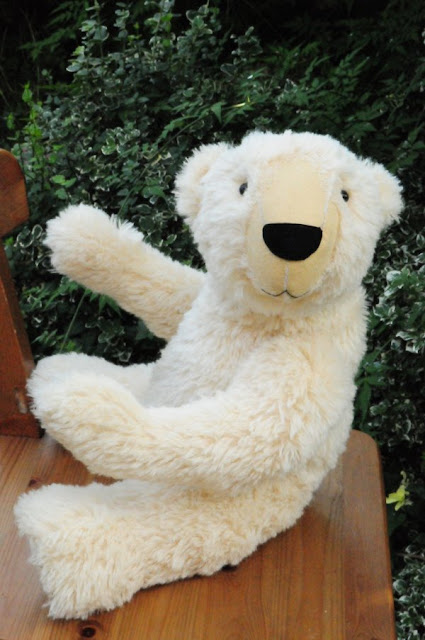 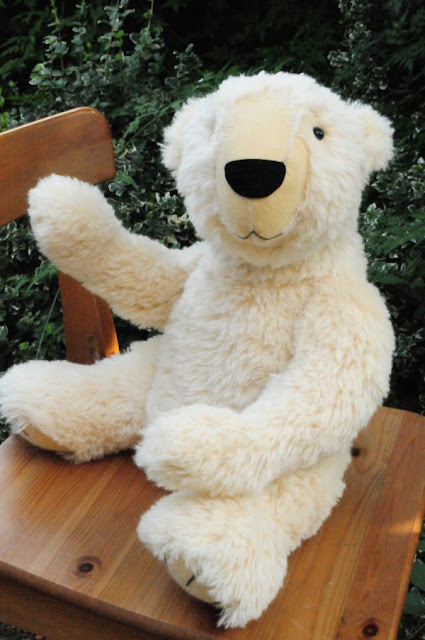 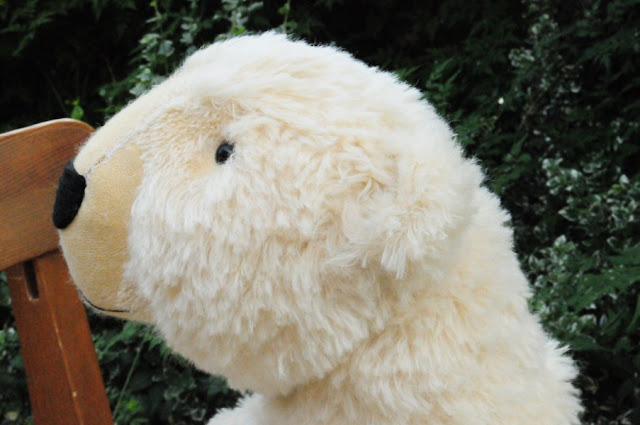 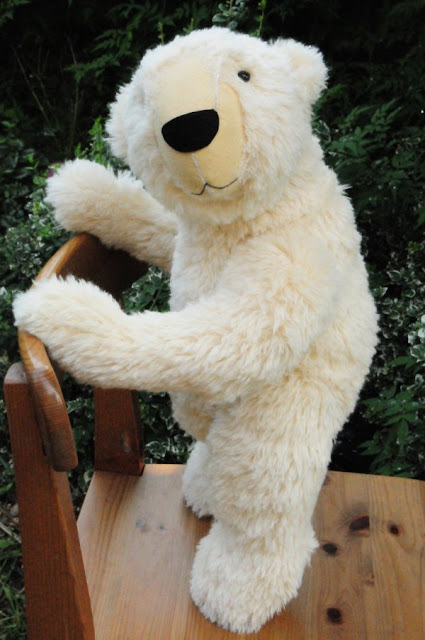 He looks very cuddly and I love the way he stands. I thought you were going to make smaller bears though? :)

Thanks Polly. I was going to concentrate on smaller bears, but big bears take up more shelf space - which is useful when I'm short of things. And when I sell a big bear, it practically covers the rent on the unit by itself.